The importance of reliable power for a growing economy cannot be stressed enough. More so, with our society and economy becoming increasingly dependent on electricity for everything – from an e-commerce set up to large scale industrial units, 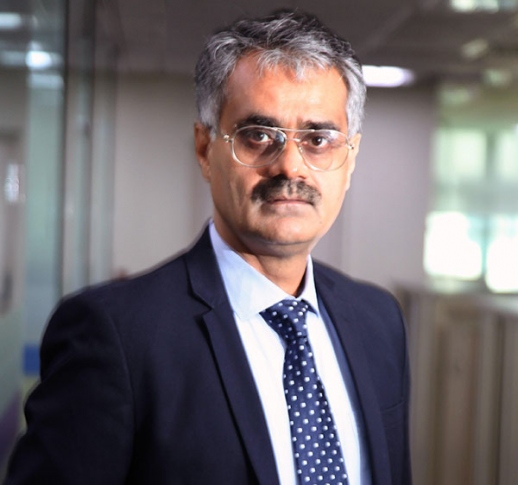 The importance of reliable power for a growing economy cannot be stressed enough. More so, with our society and economy becoming increasingly dependent on electricity for everything – from an e-commerce set up to large scale industrial units, to schools, households and 24x7 operations of hospitals and ICU; there is an increased reliance on uninterrupted power supply in all walks of life.

The State of Goa is also witnessing a change in the power sector over the years with per capita consumption of the state nearly doubling the national average. As the state continues to rely on its inter-state transmission connectivity for importing more than 90 per cent of the power requirement from the neighboring states, there is a dire need for a robust inter-state transmission system. In this context, the Goa Tamnar transmission project is poised to play a critical role in not just connecting Goa to the national grid but also ensuring reliable power flow from the southern grid into the State.

The aftermath of Cyclone Tauktae

2021’s first pre-monsoon cyclone witnessed Cyclone Tauktae along the Goan coast. The aftermath of any natural calamity is devastating and for Goa too, this cyclone proved disruptive with people living without electricity for over 72 hours.

However, the cyclone exposed the vulnerabilities that the State faces because of its over reliance on connectivity to the western grid. The 400kV transmission line which connects Goa to the western grid from the north is the State’s only high voltage connection. Because of the cyclone which took down the 220kV network connecting Goa and Karnataka, significant parts of Goa were plunged into darkness. Now, imagine that instead of the 220 kV line, if the 400kV line went out of action, how devastating it would have been for Goa. It would have resulted in a complete blackout.

The Goa Tamnar project by providing an additional 400 kV feed to the State of Goa from the southern grid will not only bring reliability but also ensure redundancy and this is exactly the reason this project is so critical for Goa. In case Goa loses its 400kV connection from the north, a similar high voltage connection from the south will continue to keep the lights on for the State. Not only this, once operational, the project will enable 1,200+ MW of power exchange between Goa and Southern grids. The reliability will improve with connectivity to both Western and Southern Grid.

Even CEC, in their report tabled on April 23, 2021, acknowledges the importance of this project for Goa. We are hopeful that a decision is reached soon so that the project could be fast tracked for the State and its people.

The Goa Tamnar project is committed to not just sustainable but inclusive infrastructure development. In line with this thought, the project has closely worked with the land owners, communidades, district, and local authorities towards the disbursement of compensation payments for Right of Way access to construct transmission towers. Even though there is no disruption in farming activities while building transmission lines, we are compensating the landowners whose land will come below our transmission lines as per the guidelines adopted by the Government of Goa. It is imperative to note that to maintain transparency in this critical process, the assessment of land compensation in Goa is conducted by a cross-functional committee chaired by Deputy Collectors along with members of the state administration.

Further, our commitment towards proactive afforestation effort continues to stand tall and strong. Till now, we have planted over 14,000 trees across 15 locations in the State. Here too, we are conducting the plantation drives in collaboration with the local communities and in a manner that supports them with livelihood opportunities. We are grateful to the people of Goa for providing us with the opportunity to plant trees in their premises. In fact, we would urge more and more people to participate in our tree plantation drives to make this cause successful. We also carried out a small intervention ofdistributing essential school supplies across 20 government schools in Goa which has positively impacted more than 700 students across 19 villages in the State.

While on the path of sustainable development, a sustainable and reliable supply of power forms one of the basic steps. At Goa Tamnar, we can assure you thatthe journey to bring 24x7, robust and reliable power for Goa, has already begun.

(The views expressed are of the writer and do not reflect those of the newspaper.)