Homestay, BnB operators object to registration of their business

As of today there are over 300 homestays from Goa listed on various tourism portals. Homestays and BnBs provide self-employment opportunity for locals, appeal to millennials as well as generate revenue for the State. However the Goa-based Homestay and BnB Federation of India are perturbed by the recent move by Tourism Department asking them to register themselves with the department in a bid to widen the tax net. VIKANT SAHAY spoke to stakeholders to know more 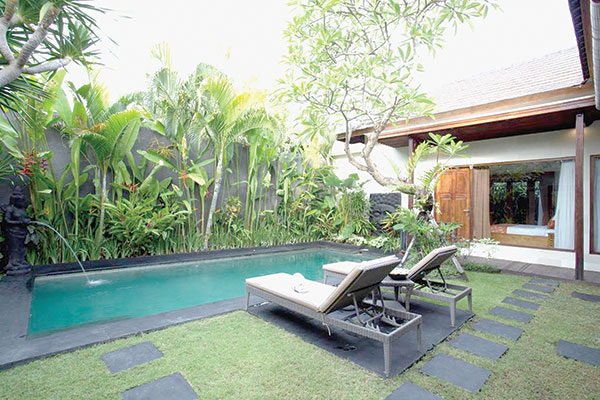 While tourism during the COVID-19 pandemic is at its lowest ebb, those dependent on tourist footfalls, especially small businesses like homestays and Bed and Breakfast (BnB) are unhappy with regulations imposed upon them by the Tourism Department to register themselves with the State government. This means that they will come under the tax net and all such operators will have to share their earnings with the State government. During the times when business is low the Homestay and BnB Federation of India is asking the State government to support them and not ‘demonise’ them.

Francis Coelho, president of Homestay and BnB Federation of India said, “There is a narrative that is being created by tourism industry stakeholders across Goa to demonise homestays and BnBs. This will turn out to be very damaging to the new trend of tourists worldwide who are demanding this form of lodging while on holiday. We need to move with the times and give options to tourist. Instead of supporting the local, micro, mom and pop, homestays and BnBs the government is penalising us for doing exactly what needs to be done to bring in the new ‘millennial’ money spending tourist. The fact of the matter is that we give a different and new experience which the new generation tourist demands and deserves.”

While the Central government has clearly defined and articulated in their policy that registration is completely voluntary, the Goa government is proposing to make it mandatory and that makes no sense, said the Federation.

Melvin da Silva, Secretary of Homestay and BnB Federation of India said, “Homestay operators live on the premises with their guests thus the myth about majority being private villas being rented out is wrong. These homes are not commercial establishments. The proposed draft rules are an additional financial burden and also add an additional layer of processes which is difficult to negotiate. Have a separate category and implement the guidelines of the Ministry of Tourism given to all the states. We request the Chief Minister and the Tourism Minister not to destroy our livelihood during this crisis by implementing the proposed guidelines.”

Homestay is the new key word for the new generation tourists. Any middle-class tourist looking for a place to enjoy and be a part of culture and society of the area will look for homestays as they tend to learn more and experience the actual culture of the State they are visiting. Goa is a place which is still a famous destination for most of middle-class foreigners who wants to run away from the chilly climate of their country and spend weeks or even months in all parts of Goa. The same goes with domestic tourists.

Members of the Federation informed Herald that most of their properties are displayed on online travel portals and as of today there are over 300 Goan homestays listed on various portals as a form of self-employment for locals and to enable the host-family to sustain and generate employment in the community. “We therefore contribute to the economic and social well-being of Goa,” members said.

As per recent figures, Airbnb online portal has contributed $61 million to Goa tourism, of which Homestays and B&Bs make a major contribution. “We wish to highlight that GST is also collected and remitted on every online booking by the online portals though the same may not be applicable to us as our turnover is way below the prescribed limit of Rs 40 lakh,” said the Federation.

The Goa government draft rules propose making it more cumbersome to do business with all the paperwork and 10 times increase in registration fees, instead of going towards one tax they are ensuring that we pay fees in every other place before the final GST which gets paid automatically by the Online Travel Operator, like AirBnB.

In Kerala the state tourism department has introduced amendments in its classification scheme. The amendments include a reduction in the registration fee and the number of mandatory facilities for starting homestays.

Menino D’Souza Director of Tourism in Goa government when approached by Herald on this issue said, “We have received the objections and suggestions from various stakeholders in this regard. The same will be examined and decision will be taken by the Government accordingly.”

Noted Chartered Accountant and former President of the Goa Chambers of Commerce and Industries (GCCI) Sandip Bhandare believe that it is essential that all accommodation providers like homestay and Bed and Breakfast to register with the appropriate authorities.

“They must also pay the necessary taxes both central and local. Many times even the electricity and other charges are paid as if the premises are self occupied. This is not correct as it severely impacts organised hotels as they have to pay all the taxes and charges. Having said this, the State government must create a very simplified and easy process with a concessional regime. This would incentivize such people to be a part of the formal sector. There should be handholding rather than diktat. At the end of the day both the big hotels and homestay must act complementary to each other rather than only being competitor,” added Sandip Bhandare.