Getting the next gen into the family biz 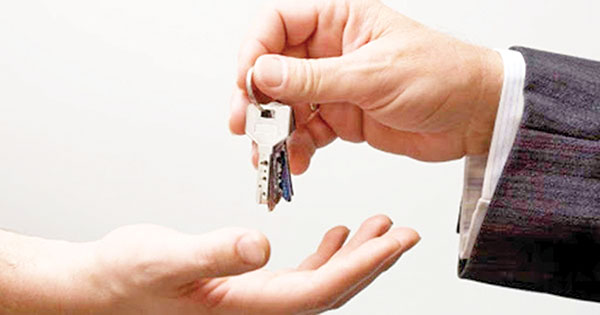 What could go wrong with the next-gen joining directly after graduating? Quite a lot. Let’s look at the worst-case scenario. A next-gen joins straight after graduation. At first, he likes it and does stints in 3 departments. Everyone raves about his performance and proclaims that he is the ‘chosen one’. 7 years later he realizes he isn’t enjoying the work. Unfortunately, there are no exit options. He lacks strong sector or domain experience. Potential employers discount the value of ‘inherited experience’. Left with no option he is forced to stay in the family business. The result - bitterness which transfers to family life. What started as a great way to continue the family’s management of the business, ends in disenchantment.

So how do we guard against the worst-case? There’s no sure way.

It’s important to listen to the next-gen. Often, they understand the current world, especially around market demand for their demographic and technology, better. If you treat them like children and they don’t feel appreciated, they have a strong reason for not joining. Or worse, join and resent not being taken seriously. So, communication is key. And that includes lots of listening!

I recently heard a great example of how not to communicate with the next generation. There was this family business that had made their money selling cloth by meter. Want a pant? They’ll cut and sell you the 1.3 meteres odd of the fabric you need. Business was doing well. The grandson of the partiarch joined the family business. He realized that the world is moving to readymade clothing. And the ‘cut and stitch’ model is dying. So, he shares his views with the family. Their response? We’ve been doing this sucessfully for 50 years, wouldn’t it be stupid to change it now? The family business is now close to shutting shop. Moral of the story? Someone younger than you might understand some aspects of your business better than you do.

Don’t make it a tradition to join the business. Even if your child decides to follow a similar path as you, they need to have the option of striking out on their own. Experimenting with their own ideas, testing their skills. The next-gen should be passionate and have a full understanding of what they are getting into. Family sentiments are obviously involved in the decision. But it shouldn’t be the primary reason for them to join your family business. Family sentiments might get them into the family business today. But family sentiments alone will not give them passion and commitment when running the business. Secondly, they will resent being forced to do what they do not enjoy. You end up losing both on the business and family front.

Some family businesses mandate at least 5 years of experience in another entity and at least one promotion during that period. Why? It gives the next-gen exposure to a different business. It gives them confidence of being successful in a different business. And helps them hone their skills in an unencumbered work environment. Employees look at the next-gen as a professional rather than an inheritor. The disadvantage is that they might like the outside world so much, that they don’t come back! Well, if that makes them happy, that’s possibly something worth considering!

The next-gen has joined. Now what?

Don’t manufacture a position. Put them in a role with potential to make a difference and provide time and space to make that difference. Rotation across departments is a great option for a holistic view and understanding of strengths and interests. But make the rotation fruitful, keep them in each section for long enough to make a difference. It doesn’t make sense sending someone to each department for only 1 week.

It’s important that everyone is clear on the next-gens role and responsibility. Employees look at them differently as inheritors. With a clear reporting structure, they know the next-gen is as accountable as any of them. And that increases acceptance. It also helps the next-gen learn the ropes from reporting to others in the organisation. Plus, it reduces pressure on the patriarch of being the sole trainer of the next-gen.

As with other employees, appraise performance. It helps to understand where they’re performing and where they need improvement. These discussions are difficult. “Will telling my son in office that his performance wasn’t great, make things uncomfortable on the dinner table?” They might. But it’s better than sub-par performance and a loss of employee respect.

Be clear on compensation levels. Adding performance bonuses helps in motivation to perform at the highest level. It also clearly sets out the expectation of what is expected from the next gen. Everyone loves the sense of achievement one gets from reaching a stretch goal.

Five: Know when to let go!

There are numerous examples of founders not letting go. That’s understandable. They’ve created a business with sweat and tears. Many times, it’s a case of the child thinking “If my parent would just let go….” and the parent thinking ‘If my child would just take hold…’. It’s important that a patriarch lets go at some point.

To end, it’s great to have the next generation running the family business. Some of the best performing companies in India and internationally are owner-managed. You just can’t beat the passion you get from an owner-manager. It’s just that a lot of thought needs to go into the transition. Succession plans aren’t made in a day. It’s a process. Something which you need to start thinking about early.