Green shoots in economy could place ERC report on back burner

The intention to set-up an Economic Revival Committee was noble as all businesses were shut and there was hardly any revenue for the government during the lockdown last year. The ERC gave its two part report within one month of its formation. VIKANT SAHAY finds out what ensued 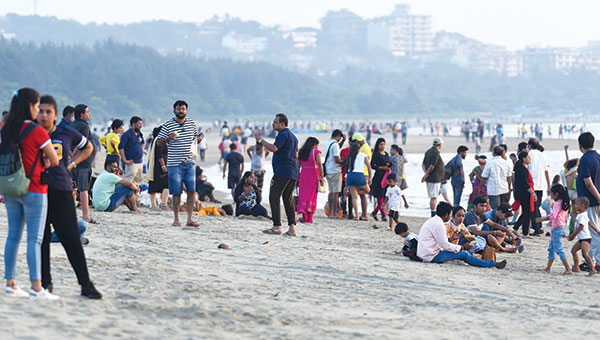 The 16-member Economic Revival Committee (ERC) which was formed by the Goa government on April 11, 2020 submitted its report with suggestions on how to tackle the sagging economy post COVID-19 nearly a year ago.

The committee which was dissolved soon after the submission of the report comprised of noted industrialists, bankers, academia, management experts etc which submitted its detail report in two parts to the State government last year.

The report proposed a thrust on agriculture or agro-based industries, creation of value chain, resumption of mining, development of tourist infrastructure and prudent financial management to make the state self-sufficient and progressive. Majority of the suggestions have already been discussed in the past but during the ‘normal days’ no action was taken.

However, post lockdown when the economy was really down and revenue generation sources were limited and drying up, it is the right time for the State government to act upon the recommendations of the ERC. The recent State budget which was laid on the table of the Assembly on March 24 had no mention of the ERC. However, some experts say that some of the suggested items have reflected in the budget without any mention of the ERC.

Chairman of the ERC, Shivanand Salgaoncar an industrialist, when asked what happened to the ERC report said, “The mandate of the committee was to submit recommendations to the government after discussing with various stakeholders, which we did in two parts. It was left with the government to consider the report and act on it as it deemed fit. We were not involved in the implementation.”

Vice chairman, Nitin Kunkoleinker explained that the Economic Revival Committee was set up for taking up various issues pertaining to business in Goa which was impacted by the pandemic.

“It could barely function for a month and had to wind up prematurely though initially the Chief Minister had suggested that it should be active for at least a year and half. In this limited span of time a committee could submit two reports which were not only for immediate relief but also for long term sustainability for the economy. I must express my deepest gratitude to the Chief Minister and the Chief Secretary for the support. Many of the suggestions have been implemented and many are on its way towards implementation,” said Nitin Kunkolienker.

He further added that “it is not possible to carry out reforms at desired speed due to various political compulsions and power balancing acts. This is the truth. Many meetings I have come across strong desire from Chief Minister, however, due to poor support from his colleagues, at times things do not move at desired speed. Government has created a right thought process. However, we should take this forward by working strategically on building product and service value chains within the State. Industry and tourism sector has big potential to create value chains which can be integrated with agriculture etc. Government has to build up super ICT networks including mobile tower network. There should be merger of certain departments. Also the ease of doing business should have been taken at the highest level.”

Kunkoleinker suggested that, “GIDC, PDAs, fire department, factories and boilers and all citizen centric services should be automated within three months. Some of the people are creating hindrances in smooth delivery of public services. CM should now crack the whip. He has the ability. He is a person who desires that Goa should now be the most progressive State.”

President of the Goa Chambers of Commerce and Industry (GCCI) Manoj Caculo who was not in the ERC said, “ERC set up by the State Government under the Chairmanship of Shivanand Salgaocar had given many good recommendations for both the short-term revival as well as long term development of the State Economy. While the Government has tried to implement some of the suggestions, it should revisit this report and set up task forces with representation of stakeholders for each of the recommended sectors for facilitating and implementing all the major suggestions made by the ERC.”

Noted entrepreneur and former Chairman of the Confederation of Indian Industry, Goa Chapter Blaise Costabir who was a member of the ERC said, “The Economic Revival Committee was disbanded once the recommendations were submitted. The Government felt that they could take it forward. The fact is that COVID had affected businesses and therefore revenue was a big constraint. The committee was not kept abreast of the suggestions implemented per se. The implementation could also be done through other schemes or polices and not just under this committee recommendation.”

CREDAI president Nilesh Salkar who was also in the committee was of the opinion that recommendations as far as real estate is concerned, was made in two parts. First, which were short term, like extension of licences, etc were accepted. They were of relevance then and were useful during the beginning of the pandemic.

The second part pertaining to long term solutions is still under consideration by the government. CM has already reduced the infrastructure tax, albeit for six months and has made reference to the power of attorney issue in his budget speech.

“Hopefully we should see some more positive steps. Revenue will accrue to the government only when businesses are doing well. Higher rates of direct and indirect taxes may not result in higher revenue for the government. The committee was disbanded after submitting the report. It is for the Goa government to react and detail out the steps they have taken to improve EoDB,” said Salkar.

Yatin Kakodkar who is Honorary Secretary GCCI and was a member of the ERC recalled that industry had recommended upgrading the infrastructure including electricity, telecom and logistics. “Government has accepted the recommendation. Good infrastructure is a pre-requisite for value added economic development of the state. However, government is experiencing financial constraints. Industry is hopeful government will make necessary budgetary allocation or take necessary steps to improve the infrastructure in ensuing years,” said Kakodkar.

Professor in Goa University Nilesh Borde who was also one of the 16 members said that, “The ERC gave its report to the government. We have not been informed about ATR (Action Taken Report) by the government.  However, issues like Ease of doing Business, infrastructure, etc which are the state government purview find mention in the budget.”