A Tribute to Fr. Nevel Gracias 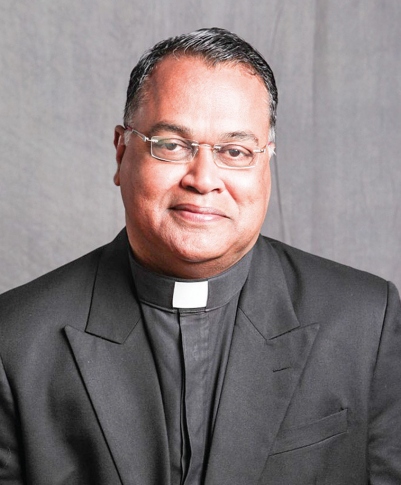 Born on 11 February 1964, Fr. Nevel Lourdes Sacramento Gracias had a passion for tiatrs at the age of 9. Though he didn’t have an encouraging start in tiatrs, he wrote his first tiatr, ‘Ek rukachim tin follam’ at the age of 12. Despite numerous obstacles, he displayed a positive which kept the Tiatr flame burning in his heart.

After rendering traditional songs at the local seniors’ audition for selecting casts and singers for the village tiatr, Nevel was unable to secure a spot. Although no justification was given for not selecting him, young Nevel never felt dejected. He simply went on showcasing his tiatrs in a dignified manner and portrayed something new.

He was a conscientious altar server who aspired to become a priest. In 1984, he joined the Rachol Seminary. Even in the solemn halls and intensely devout atmosphere of the seminary, his desire for tiatr and volleyball persisted. On April 30, 1991, he was ordained as a priest.

Fr. Nevel was appointed a PP of Utorda in 2006 but recalled a year later owing to health issues. In 2007, he was promoted to Assistant Director of Lar de Santa Terezinha, and assistant to the Director of the Diocesan Center for Lay Apostolate in 2009, where he was editor of ‘Jivitacho Prokas,’ a bi-monthly booklet of daily reflections on the word of God.

As a priest, he had to shift gears from his tiatr scripts, which were previously centered on family values, women’s liberation, patriotism, and social life, to preach moral ethos from the stage. He learned the way to preach the Word of God from the pulpit and also proclaim it through his plays. Since 1997, he staged Lenten plays based on Biblical scripts, which drew huge crowds at church squares of almost every village. All his tiatrs were staged under the Vell’lekar Nirmiti banner and the profits, whatever little, went for charity.

He is one of the few playwrights who penned the lyrics of the songs. After the devastating blow of diabetes he lost his leg below the knee, but Fr. Nevel continued to pursue his mission, sometimes from his hospital bed.

Fr. Nevel received many awards. In 2009, he was nominated to Tiatr Academy of Goa’s General Council. He judged the scripts of the Kala Academy’s 42nd tiatr ‘A’ group competition. In July 2013, the late Fr Freddy J Da Costa award in the field tiatr was conferred on Fr. Nevel for Best Director. In 2021, he received the Dalgado Konknni Academy Award-2020 in the cultural category. May Fr. Nevel’s soul rest in peace.