A man with an eye for detail

Rohan Goes will be leading the country as it presents its best photographic work at the World Photographic Cup. He spoke about his journey so far 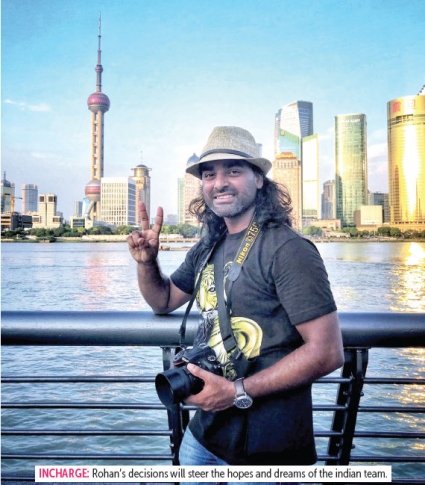 A Goan who will be in charge of the contingent at the World Cup. Yes, you read it right. Rohan Goes will be captaining the team that will participate at the World Photographic Cup 2022. It has been quite a journey for Rohan.

Born in Cuncolim, Goa, he grew up in a Portuguese-Goan family. He was someone who took to photography in 2009 as a hobby with a simple digital camera and eventually fell in love with it. Now as he likes to say “Photography is my profession and importantly into travel photography”. He has graduated quickly to now become a contributor to Getty and has a large travel collection. Rohan is just 31 and is largely a self taught photographer. This fascination with photography started when he was living in Mumbai. He met with Dr Benny Prasad the person who was the fastest traveler around the world and heard his testimonies. He decided to travel around the world with his camera. He managed to be employed on a cruise ship as a photographer. He traveled to 29 countries in 9 months. It exposed him to different cultures; visit some of the famous tourist spots in the world. In 2019, he decided to travel to China and explored cities like Shanghai and yes he went to the Great Wall of China. He has friends who acted as local translators. Rohan said “It helps to know somebody from the country you are visiting. It helped when I visited Jordan, I had local help and yes I visited Petra and Wad Rum.”

Speaking about his experiences, he said the challenge was always about getting the right exposure. Rohan said “In Doha, I was on the street looking for images. I noticed some locals and asked them if I could take their photographs. They got excited and agreed. We spoke with a mixture of various languages. They requested me to have some tea. I transferred the photographs to them and they left. Later when I went over to pay my bill, I was told, my bill was paid, and I was very surprised. They were very friendly.”

Speaking about the competition, he said the World Photographic Cup was not known in India until he made it popular in Goa by participating in 2021. Each country, he said had a contact person and for Team India it’s him. Any photographer in India, interested in participating would have to contact him.

He said “As a Team Captain I am responsible for forming a national team of Professional Photographers to represent Team India at the World Photographic Cup. I carefully select the entries submitted by the participants and make sure the best entries get a chance to compete. Team Captain is responsible for coordinating with the WPC managing committee as well as with the participants of Team India and to make sure the entries are submitted on time. This year I am making sure that authentic India photos are submitted for the contest. This is a World Photographic Cup and I strongly believe that Team India should submit photos from different parts of India which will make the entries very unique from other countries”.

This is the second time he is representing team India at the World Photographic Cup 2022 as a Team Captain. He came across this contest while following a Mexican photographer who won a Gold medal in 2017. Surprised that World Photographic Cup was not known in India, he took the initiative to find out how to participate in 2020. Rohan said “I am a member of United Asian Professional Photography (UAPP) and also Getty Images Photographer. Team India participated for the very first time in 2021 making a debut in World Photographic Cup”. A team can comprise as many as 18 members. Each member can submit one in each category and some now have given multiple entries. As the captain of the team he has decided to give new participants the opportunity to send their work across categories. He said “This is like the Olympics for the photographers. There are six categories and 3 medals in each category. Highest scoring team wins the Trophy. This year I’m setting my hopes high with great entries”.

The competition will all be held online but a big show is scheduled to be held in Rome next year. Due to the pandemic, winners over the past three years will be felicitated at the show. Rohan hopes to be present at the show.

One can only hope this Goan makes his mark and helps the country win honors at the World Cup.