A time to showcase talent

Young filmmakers showcased their work and discussed the challenges making a film in Goa and yes, Remo performed too 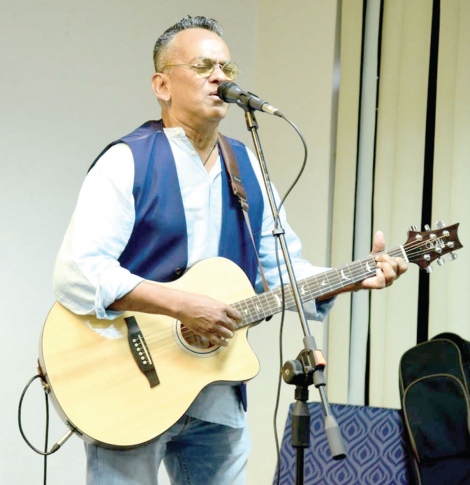 The work of young adult filmmakers was showcased yesterday. Three short films Salt by Batrkha Naik, Sadabahar by Suyash Kamat, and The First Wedding by Akshay Parvatkar were screened. The sudden disappearance of that one person who collectively bonds the family and the way it affects the family members; this beautiful concept was demonstrated by Barkha Naik in her short film, ‘Salt’, an eleven-minute Konkani film that featured Rushikesh Naik and Radhakant Divekar. The film is written and directed by Barkha Naik and Konkani actress Samiksha Desai worked on the costumes of the film. Suyash Kamat has been a part of the film industry in Goa for over 8 years and his short film, ‘Marisoul’ has previously screened at the International Film Festival of India in 2017. Sadabahar showcases a band of musicians from Uttar Pradesh residing in Goa, who are displaced from their rented rooms and have to search for a livelihood, and a new home. This short film is written and directed by Suyash and the cast includes Satish Gaonkar, Mahadev Krishna Sawant, Shravan Fondekar, Vijaykumar Kamat, and Jayesh Bagkar. The First Wedding on the other hand is a short film by Akshay Parvatkar, where the characters Bhumi and Akash fall in love and decide to get married, an unheard union in a world of otherwise only same-sex couples. Snippets of their life through self-recorded camcorder footage, and an interview discussing their decision to fight the system, and simply follow their hearts has been portrayed in the form of a ‘MOCKUMENTARY’ throwing the stereotypes on the edge, stating

Later in the evening Remo Fernandes mesmerised the audience with both his prose and music.

In conversation with Vivek Menezes, co-curator of the festival, Remo discussed his autobiography, “Remo” by stating, “Writing one’s autobiography is like a therapy session. I would urge everyone to attempt to write about their own lives.”

In a freewheeling discussion, which ranged from his happy childhood in the pre-liberation, Portuguese era Panjim of the 1950s to his architecture studies in Mumbai, his backpacking and busking journey across Europe, his home-coming in the early 1980s and his eventful musical career, he had the audiences glued to the edge of their seats.

Recounting his earliest musical influences, Remo said that listening to a group of college students from Daman singing the popular Portuguese song, “Maria Pitache” as a school boy was clearly one of them.

Remo said that his opera on the life and times of Mother Teresa, “Teresa and the Slum Bum” (48 songs sung by 35 singers) was the best music that he had ever produced. Recalling his memorable meeting with the saint several decades ago, the icon said, “Mother Teresa held both my hands in hers and I could almost sense an electric current pass through my body. I promised her that I would compose a song on her work and all proceeds from that song would go to her Missionaries of Charity. I am happy that I have kept that promise,” Remo said.

Remo ended the evening by singing a medley of his most popular songs: ‘Maria Pitache’, ‘Undir Mama Aiylo’, ‘O Meri Munni’, ‘Bombay City’ and insisted that the entire audience sing ‘Ya Ya Maya Ya’ with him. Needless to say, he got a full-throated response from the audience.