A welcome shot in the arm

The bill to ensure film producers have to deal with only one window in the state was passed on Friday. The film trade in the state had much to say about it 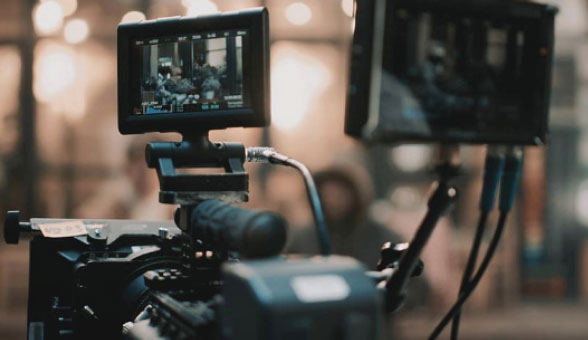 The Goa legislative assembly passed the Goa Regulation of Film Shooting Bill that will enable issuing permissions through a single window system. It aims to regulate film shootings in the state and for all related matters and to also compensate local bodies and various authorities which may lose money due to this development.

People involved in the business had much to say about this development. Michael Mascarenhas a producer said it was a good development which should have happened before. He said “Atleast the state government will earn some revenue, which will be great for the people of the state”.

Madhav Gad, another producer said a single window was a long standing demand. He said “When we decide to shoot, we have to coordinate with some many bodies which can take a while. Our schedules are always so tight and it is important that we get the approvals fast. That is important and yes the local people have to be informed that a shoot will be taking place so no one is surprised. If the local custodians are not informed then they create problems. The bill is great but I also feel better coordination between government bodies will be very important for film companies to really feel its effect”.

Another experienced film director Darshan Lolienkar felt it was a good move but wanted to know how much they would charge for a shoot. He said “I may need to shoot in twenty locations for my story and will that mean I have to pay per location or will it be just one charge. Our industry is just growing and people who make Konkani films are trying their best. We are not getting any support which is needed now.” He said some committee was being formed which would comprise members of Bollywood who operated on another scale. They, he said, would not understand the compulsions here and grade movies as D class. Goan movies had to be graded by Goan writers, directors etc. coming back to the single window he said many people were shooting in Goa without taking permissions and it was not unusual to be harassed by the local sarpanch to show the permissions. These were issues which needed to be looked into, he felt.

Sainath Parab a Producer and Director said this was something that would help film companies based in Mumbai and other places which had very active film industries. He said it was a move that should have been initiated a long time ago. He added that he did not know how it would all operate but felt it should be under the aegis of the ESG.

Another person who had much to say was Tapan Acharya, actor and producer. He said “As a local filmmaker we never ever had any problems while shooting in Goa because we went appropriately prepared while shooting a Konkani or a Marathi film. However when the film crews are big there are elements in society that try to create problems. This happens when it is a Dharma production or any national production when they are shot in Goa”. He felt that both sides had to be taken into consideration. He had heard of outstation groups coming to Goa and creating garbage and littering and leaving. Film producers should be penalized for wrong doing and given credit when they were good. This would make Goa the shooting destination in a few years. He said it had been picked up following Dil Chahta Hai but this bill would cover all the bases and make the entire process smooth. This would help project Goa around the world and build its brand image. It would also give a boost to the local film industry.

One can only hope it moves ahead along lines evinced in the bill.