Angry Goans say give up the carrot, use the stick for ‘Covid Idiots’

The number of people testing positive is increasing by the day and so are the number of deaths. In such circumstances however there are people who are going out and partying ignoring all the protocols. How does one deal with such people, is the stick and carrot approach the right way or should one only use the stick with such people who can be called Covid Idiots. 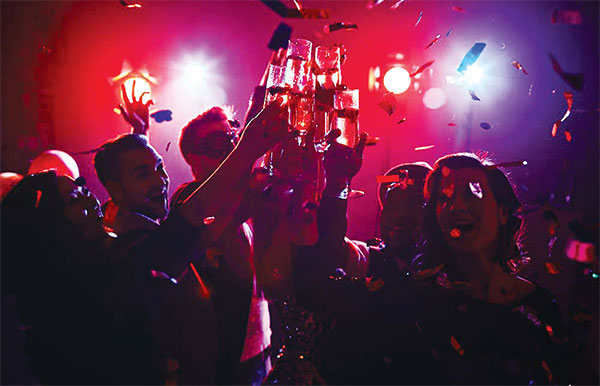 There is a phrase which is a part of the COPVOD lexicon of India. It has also been hashtagged. It goes like this #CovidIdiots, used to describe absolutely irresponsible people who flout all COVID precaution rules with elan. Café had exposed earlier this week how some bars in North Goa are packed to capacity with people spilling over to the streets drinking alcohol. A newly opened restaurant with a bar was full of revelers wearing no masks. How does Goa and how do Goans tackle these #CovidIdiots?I think it is time to use the stick, carrot alone will not work. I think people need to be responsible. People should have to be responsible to themselves and to society. Earlier people had to wear helmets and when the authorities enforced it, people started wearing it. Now the mask is necessary and the sops have to be followed come what may. The authorities have to crack down. Dr Siddhi Mahambre Bardez
Recently I lost a kin, a healthy, happy go lucky 51 year old man. Within 6 days his health deteriorated so much that we couldn't do anything but accept that he is not going to make it. People still think it’s a joke. In this scenario, I highly recommend the "stick only" way as people do not understand that our resources are limited. Health care workers also have some limits, they cannot continue working like this for long. Let us not push them to the point where they give up- Samrat Kataktalware  Margao It is galling to see people not wearing mask in public especially as we have been obeying the law for the last six months. By and large on Divar island almost all residents are wearing a mask, but I have noticed many on day trips flouting the norms I call these few people Covidiots and shaming and fining them could be a short term answer. Marius Fernandes Divar Carrot n stick situation has long gone as far as Covid is concerned... It’s the stick & kick that should be used. Those who do so should be sentenced to community service so that people remember them for years- Tirthprasad  Nagvekar North Goa The stick is an absolute must in Goa and in the rest of the country. Personal interests take precedence over that of the larger good. Now the virus is killing people in their 30s and 40’s. Just because they have not experienced it in their family they seem to be going around as if nothing has really happened. In Goa unless they don’t show the stick these people will not listen- Melwyn Viegas,  Vasco   I believe they have not experienced it to someone close. The stick will have to be used. The general attitude is so casual. It is important to follow the protocol. I have experienced it with a number of close friends contracting the virus. Some survived, others did not. The stick is important now- Nikhil Shah Panjim I think the State should come down heavily on these people who flout the law for it is not merely their lives, but lives of innocent citizens put to risk. The old adage spare the rod and spoil the child needs to be rekindled.-Carlos Ferreira Aldona
Related news