At last some good news for Konkani

It is now possible to translate Konkani using Google translate. Goans around the world and in the State gave their reactions 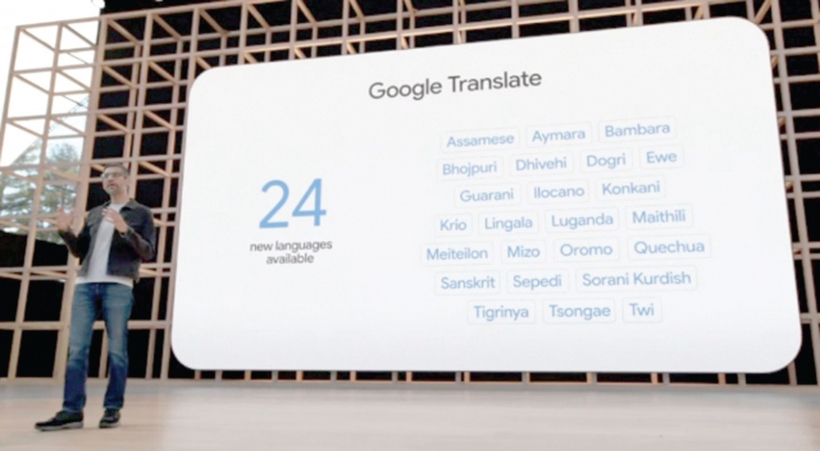 It is still early days to know all the details but it is now possible to translate Konkani using the Google translate facility. This is a facility which could change the usage of the language. It could perhaps encourage the younger generation to use the language in daily interaction. This development caused interesting reactions from Goans in the Diaspora as well as in the State.

Salus Correia, a Konkani news Youtuber based in Melbourne, Australia said he was not sure if young Goans cared much about Konkani. That he said was the sad reality. He however felt that with the translation facility available, folks could ‘accidentally’ end up learning a little more of the language.

Frankey Fernandes who produces and presents a Konkani news channel on Youtube in Australia sounded very enthusiastic. He said “Konkani language is used by over two million people in India and 7.40 million people speak Konkani language worldwide. This is a welcome sign for promoting Konkani Language and will go a long way. Personally for me this is great news as I constantly try to find an English to Konkani translation while preparing my weekly Konkani Language News bulletin. Thanks to Google”

Jumping continents to Sweden, Lianne Falk-Rodricks, based in Boras, Sweden said “Culture, Food and Language form an integral part of any individuals’ links to their Homeland. This is particularly true with Goans....who have migrated to distant shores and dropped anchor.....wherever they are. If you scour “the ties that bind”..... communication and language are the bedrocks of Unity. Putting Konkani on the Google spectrum will assist in keeping the ties of the younger generation with their true roots”.

Mario Fernandes, an ex-teacher from London, expressed his joy at the development. He said “Yes, it’s a welcome development, for sure and will, besides catapulting the language to a position of pride, will offer a chance to many like me to learn it a little more completely with this ready-to-use tool.. Sometimes I look to the Konkani Bible for the correct translation. But now will have a wider range of literature available to learn with this development.”

In Goa, Dr. Aida Dourado, Teacher at St Andrews Higher Secondary School Vaddem Vasco da Gama felt it was a great effort and it would tremendously aid the younger generation of Goans, since they had minimal exposure or none at all to this language. She said “Being a Goan and not knowing their language means they will be losing quite a lot. Thus to avoid such a big loss Google translate can be of a great help to them. Migration due to sustenance has been on a rise, which means out of the state, country can mean loss or weakening of their knowledge of Konkani, which can be still kept alive and vibrant in other parts of the world due to Google translate. Lastly I would like to say that, in doing so our Konkani will spread far and wide due to such an initiative. Long live our Konkani”.

Samuel Fernandes, a student in Goa, said it was awesome to see a Goan language on Google! He said “It sure would’ve been nicer if I had it for my 10th STD Konkani assignments! It feels good that our tiny state is being recognised and more people can now learn our language through the universal search engine”.

Uday Jadhav, another student, said “It’s really good news. Earlier for assignments and all we used to suffer because we didn’t get an exact word or sentence for assignment... Advent of this feature will help students with their assignments. It will also help the foreigners to learn the local language of Goa. People will be able to learn better words in konkani, not just the regular konkani words. I believe it’s going to bring a new wave of knowledge among konkani students and those people who want to learn Konkani”.

For Shimron Nathan this move was excellent. She said “As a kid I would really struggle with Konkani as I’m not fully Goan. I tried googling words but it always showed up super wrong and I would actually have to use my head haha! Konkani translations will finally give kids like me a chance to get full marks and maybe even help them learn new words daily! It’s a great initiative which gives Goa an international eye even though it’s just the language. I’m glad Google was inclusive of our native language.

Salma Fernandes said as a Goan she was proud but she was unable to speak Konkani fluently. She said “Now it will definitely be easier for me to communicate and understand in Konkani with the help of Google translator. This will encourage the youngsters to speak in our mother tongue. We should be proud of our Goa and our Konkani language”.

Tomazinho Cardozo tiatrist and part of the Delgado Konkini Akademy which has been promoting the use of the Roman script said he was happy with the development but he wanted to know if all the scripts in which the language could be written were accommodated. He said “If that is the case it will be very fruitful. So let us wait and see. I hope it is not only in the Devanagari script which would be unfortunate.”