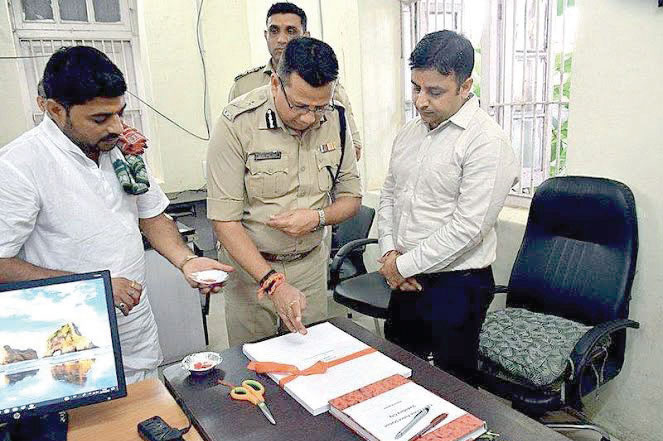 Blindly trusting online sources has led to a massive increase in the number of people being scammed, here in Goa. Young minds who have experienced this unfortunate turn of events now share their learning and advice to heed their warning. Goan folk have recently fallen victim to messages that are being circulated around social media by online-scammers who loot naïve people and disappear. The numbers are rising as the young and old fall prey to the flashy offers and enticing words of these experienced scammers without heeding the consequences.

As people fall for these tricks, they find no way to escape the impending sense of regret and the loss of their hard-earned money. People never see the scammers or their belongings ever again. Allister Torres, student at S.S. Dempo College of Commerce and Economics, Bambolim described his unfortunate encounter with multiple websites which had ill intentions. He said, “I got scammed ordering Nike slides through an Instagram page and I received some lame pair. Another site was a fraud where I lost around Rs 2000 to Rs 3000.” He also highlighted an app that posed as a source of income for students and lured them in with promising words. He explained, “There was one app which said you can earn money quickly and easily and since some people I knew earned and withdrew money I also invested a large amount. I trusted that app blindly and soon that app wasn't allowing me to withdraw my money and soon it closed down.”

It all starts with a small message on WhatsApp or an ad ping on Facebook. It hooks the gullible. They target mostly gullible people in the older or younger age groups which have a lesser understanding or technology and social media. Aisha Siddiqa Shaikh, student of Dhempe College of Arts and Science, Miramar shared the experience she had with a fraud Instagram store. She said, “I ordered some bags from an Instagram page which looked pretty genuine and had decent followers, likes and comments system going on. I ordered and paid online as usual since these stores never have COD. Later on I went to check the page to enquire about my order. The page had been deleted or blocked and there was no way I could contact it or retrieve my money.”

Faheem Killedar, student at Dnyanprassarak Mandal’s College and Research Centre, Mapusa had a similar interaction with a fraudster like Allister’s. He shared, “I fell victim to a scam, which I will never forget and I have learnt a lot from this experience. I ordered athlete-wear from a seller that I was acquainted with during an Athletic National I went to. After finalising everything he promised to send me the tracking for my order within the next few days but as the days went by, I received no reply. I followed up almost daily but got no response and had to face the harsh reality that I had been scammed.” Faheem also explained the distress that he had to go through with the law enforcements when he tried to file a cyber crime complaint. He said, “The day I realised it, I went to the Panjim Police Station and filed a complaint for which the police literally made me dance around for. They told me to go to another police station because the incident happened in that jurisdiction and when I questioned them as to why they couldn't transfer it themselves, they complained that it would take a long time. Till today the issue has still not been solved and I have lost hope in getting that money back but I make sure to keep people around me aware of the same.”

Faheem also spoke about what precautions people should take to avoid being scammed. He explained, “People should not trust any online stores that have deals which are too good to be true. Even online modes of payment have become risky now and even COD options. The best advice I can give is not to order from any online stores without reviews, contact information or address details.”

Taking precautions will overall aid the ability for one to identify a fraud and save you from another ill-fated experience. Making people more aware of these types of frauds has become a priority for most bank or government related websites who have tried to use technological advancements to their favour. Allister elaborated on his story and added some advice, saying, “It’s not easy to earn money, even after some people on YouTube say you can do it easily. Nothing comes so easily. Everything is a lesson and I've learnt these things because of these scams, and I don't regret it. Another point to be aware of is you shouldn’t get lured easily, do your own research and learn about these scam people.” Aisha spoke about what she learnt to help her differentiate between real and fake on social media. She said, “Test their page for a week and see if they talk about orders. Also go through their highlights to check if they are genuine and see for how long the page has been existing.”

Paying attention to the official details are, now, not enough to identify the authenticity of websites. They have disguised themselves, hiding behind profile pictures of government bodies and website executives that create a façade for trusting citizens like these students. Goans better look out for these kinds of random messages and sneaky advertisements.