Enthralling the audience with illusion

Illusionist Edmundo Da Cunha from Chinchinim, Goa who enthralled the audience and judges of ‘India Has Got Talent’ programme aired by a private television channel, shares his experiences of performing at the star-studded TV show and his journey till now 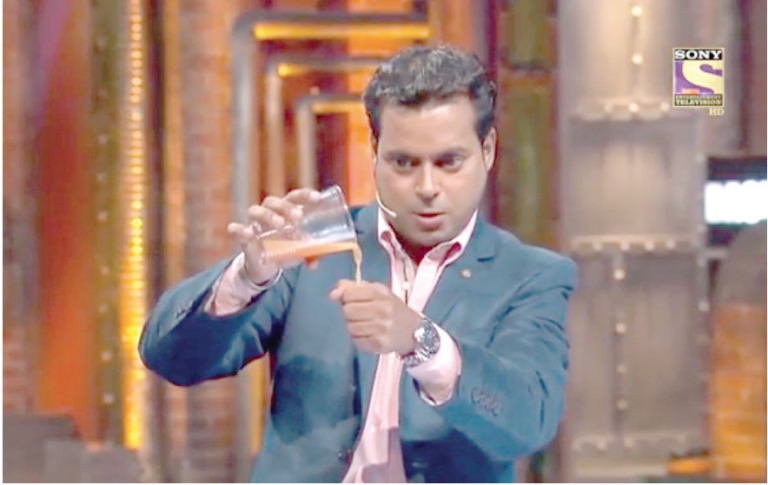 Performing before a star-studded panel of judges comprising noted filmmaker Karan Johar, veteran actress Kirron Kher and actress, dancer and model Malaika Arora is not a mean task. But Goan illusionist and hypnotist Edmundo Da Cunha not just performed before them, but also left the trio spellbound.

“The experience was good. It was nice to be able to perform in front of some reputed names of the Hindi film industry. It was a great mileage for me and my work. I didn’t go as a participant but gave a guest appearance in the program. I had to prepare my act properly before going for the TV show because I wanted to ensure that everything went off well,” Da Cunha said.

“I received a lot of appreciation for my performance and it was very heartening to see them so happy and excited with my performance,” the illusionist said.

So how does his performance at the highest stage augur well for this kind of performance and people like him would like to emulate him?

”It is a good platform for people to get a feeling that yes you can if you practice this art well and present it properly, you will eventually get recognised. This platform not only exposed me to a national but also simultaneously to a global audience who watched this programme from various parts of the world. This will certainly generate newer openings for me. More people will know me. I will get the opportunity to perform at various places, which will eventually help me to grow,” he said.

Speaking about the difference between illusion and magic Da Cunha said there is nothing called a magician mother magician is only a character who plays the role of a magician.

So, how did he actually take up the craft of illusionism?

“Just like every other schoolchild, I used to also get excited with magic shows. During my time magicians would come to my school and perform their tricks which would interest me. But at that time there was no medium available to guide me, how I could go about it. Then I got admission into a boarding school where I started searching for books,” he said.

One day, he came across an advertisement for a book titled ‘101 Magic Tricks. But at that point of time even to get a book like that one needed money.

“I was not financially strong enough to afford this book so I started saving my pocket money and then purchased this book. I had thought that I would get some supernatural powers out of the book but later on found out these were only illusionary tricks. I then tried out some tricks from the book and got a lot of attention from my classmates,” he said.

This made him realise that magic was nothing but illusion. He then started reading book after book and began practicing the tricks cited in those books.

Health inspector by profession, Da Cunha performs illusion acts as his passion. When asked about whether this could become a financially viable career, he said that it was much possible if a person showed dedication and worked hard.

“But at the same time I would also want the government to step in and identify such talents and support them so that they can go into this world without finding it difficult to earn their living on their own,” the star performer said, adding, “There are many people who have potential to perform at the highest stage but don’t get the opportunity to showcase their talent. Goa is a huge tourism destination with big hotels spread across the State. The government should link up such talented artistes with these hotels and help them grow.”