The virus has changed corporate life; With many corporate allowing employees to work from home, many of them are now moving to Goa to work from “home” 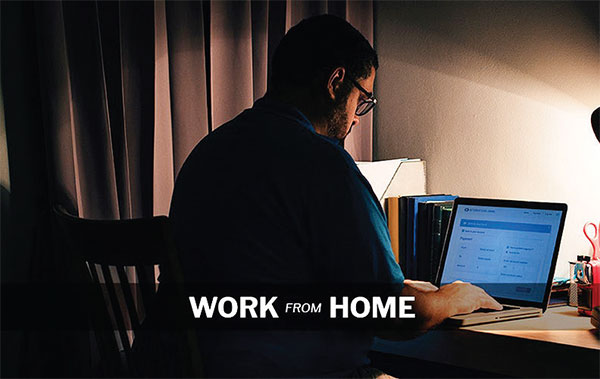 To be in the reality business these days is to be like that salesman trying to sell a refrigerator to an Icelander in December. Always a tough proposition but impossible at that time of the year. The reality market has been largely depressed for a while. This virus made a bad market worse. Overall, businesses slowed down and some just downed shutters with owners generally waiting and watching. A month and a half ago companies started functioning with employees working from home. The tensions and the general stress of working and achieving desire results were now being experienced from the comfort of one’s house. Something interesting started happening. Several executives decided that working from home was good but it would be better if they could work from a place which was peaceful, had a great natural vibe and hardly had any pollution. Goa instantly comes to mind. Bidisha Roy, a communication consultant based in Mumbai, working very long hours followed by an hour of travel decided this was not the life for her. The long intense hours at work, she was fine with but the travelling and the general quality of living coupled with the growing pollution did not pass muster with her. In the month of March she decided after discussions with her bosses that she would work out of Goa but importantly continue with the same pace of work. Now comfortably ensconced in the north of Goa, Aldona, she said “I now hear the singing of birds and the sound of hens around my house. It’s calmer and more relaxed and I can think better and do great work. The deadlines are Mumbai style but the atmosphere is pure Goa. It was the best decision I made. The quality of life is so much better and the pollution levels minimal”. That is a dream many in corporate India are following. Many brokers are now happy with this turn of events. Shraddha from Viva Goa Property said she had received several calls and were in fact still answering and helping organize accommodation for individuals coming in from Mumbai and Delhi. She said “Many of them want to generally live near the beach and are willing to hire apartments or even villas in certain cases. We are careful but many of them have the papers in order and so it is not a problem. There are usually two or three of them who also make it clear that the place they are living in will ensure a continuous supply of internet. They usually want it for four to six months but we insist on a year’s contract. I answer around five to six calls from parties in Mumbai or Delhi and occasionally from Bengaluru as well”. She said occasionally she would answer calls from people who are coming over to Goa to take over a new assignment. Vishal Dhume from Property Hub said he was receiving such inquiries frequently from Mumbai and Delhi. He said “Many of them want apartments for three to four months and are generally employees in large companies. We also get queries from businessmen saying they want an apartment for six months. There is certainly business which is welcome and it is going to get competitive amongst brokers in the days ahead’. Blake Rebello another real estate consultant said competition was certainly intense and with the sale of apartments having taken a dive he was now focused on this segment. He said “They are very smart, they study the market and meet as many brokers as possible, negotiate hard and then make their decision. There is quite a growing market due to the virus”. Many of the enquiries are for properties along the beach belt. Shankar Shetty who operates out of Porvorim said, Arambol, Baga and any other place along the beach were favourites. He said “They want to shift to a serene place and want to leave the metro behind. They have the budget to afford anything between Rs 30,000-40,000 per month for a big house in the village. Yes, there are also those who prefer to stay close to Panjim but in general, the beach is a favourite location. They generally commit for six months and are willing to extend. This is an unexpected business but very welcome”. Out of a virus comes unexpected business, such is life. One can only hope this leads to better days ahead when companies allow employees to perhaps work from home and deliver the requisite results.