Goans cope with cold and covid

Chill is in the air, resulting in everyone either sniffling or coughing. Then there is the variant which is still infecting people in large numbers. How do the people of Goa handle these two headaches? People were more than willing to speak 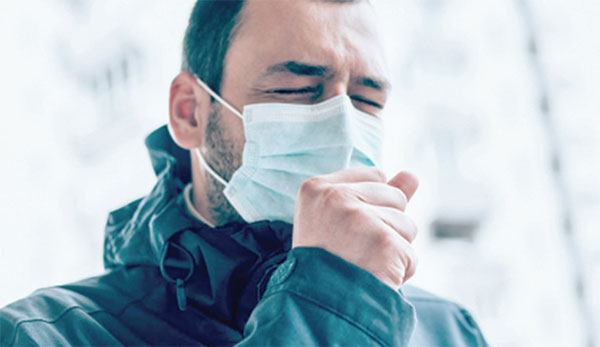 There seems to be a nip in the air. One has to only travel on a two wheeler after sunset to feel it. With this change in temperature, some uninvited guests have made their presence felt. Conversations in Goa are now punctuated by coughs or sneezing. Companies which have gone back to working from their premises are now reporting higher absenteeism as employees call in sick due to a viral fever. Then of course there is the Omicron virus which is spreading around aggressively. Its symptoms are body ache, generalised weakness, fatigue, headache and fever in the initial days and eventually they might also develop a cough which is sometimes dry along with a cold where there is water from the nose, sneezing, etc. The cough is typically dry which resolves over the next few days. Most of the time i.e. in 80% of the patients, fever is resolving over the first 3 days and if not, then that becomes a sign of moderate to severe infection which needs close monitoring. Well that’s that. Between all these viruses, how does a Goan manage? What are they doing to ensure they stay safe?

Conal Lobo an entrepreneur who flits between Mumbai and Goa said he now preferred to stay put in Goa. He said “It’s pretty bad in Mumbai and Goa is so much better. Yes the viral fever is around and it has laid low many people I know, I am being very careful. I do not step out of the house unless it is absolutely urgent. I conduct business meetings on Zoom and get my work done. I buy stuff online and order my necessities from the local kirana shop who delivers it to me at home.” He said it was better to be safe than sorry. Timothy Lobo, another entrepreneur, said he was extremely careful because he had his young family as well as his mom staying at home. He said “We take all the precautions. I have to go out but I take care and follow the protocols. We have taken the injections. I have to be careful also because of my mom. No unnecessary risks are taken.”

Genevieve Da cunha who is a mother to school going kids has to juggle various responsibilities to ensure everyone stays safe. She said the kids were attending class online and they were working from home. Genevieve said “We do everything necessary to avoid exposure. We get our groceries from the supermarket and that means double masking. We buy a lot of stuff online. As far as coughs and colds are concerned the key thing is to test. If it persists it could be the variant. The test will let you know where you stand.” Her daughter is a very promising pianist and it has been tough for her. She plays online and has taken the exams of the Royal music of college online. She also performs online. Genevieve, who also plays music, said the children don’t step out of the house. Yes, she said they live in a secure atmosphere and the kids could step out and walk around but that was something they were not doing regularly. Socialisation, she said, was very important for children to learn skills. What was missing now is the human element. She said “One can never learn social skills like empathising with people online.”

Some people are still following the strict stipulations laid down during the first lockdown. Diogo Pereira has reduced contact with the outside world to the bare minimum. He said “We are not visiting our relatives, many of whom are senior citizens. If we step out, then when we return the clothes are gathered in a container which is sent for washing. The children don’t go out. We are very careful.” This level of caution is colored by the fact he lost his father during the first wave.

Every society has its traditional medicines or grandmother’s cures. Diago said he along with his friends did not take western medicine to cure a cold or a cough. He said he would make an egg in 30ml of brandy with black coffee. This he said was a sure shot cure for a cold. He laughed and said he was not yet infected with the virus though everyone in his family had come in contact with it. Diago said he had taken both the shots and that he felt it was probably helping him stay immune.

Shekhar Salkar who is part of the committee advising the government said it was important to take care and wear a mask and not step out unnecessarily. He said “If you have a regular cold or cough it will go away in 48 hours but if it does not then do the test. If positive then isolate.” He said the number of patients he was seeing everyday in Bicholim had dropped from 25 to 15, there was a slowdown in admissions. He hoped the situation improved quickly and everyone got on with living their lives.

Getting on with living their lives is certainly what everyone will look forward to but that will require a commonsense approach by everyone.