Goa’s Port town, Vasco lost its musical gem to CoVID19 on Tuesday. Gukuldas Chari, a mellifluous keyboard organ and harmonium player from Mestawada bowed out of life’s stage He was a pioneer in bringing Diamond Orchestra and the ‘Geet Ramayan’ (Musical Ramayan narration) in Goa back then 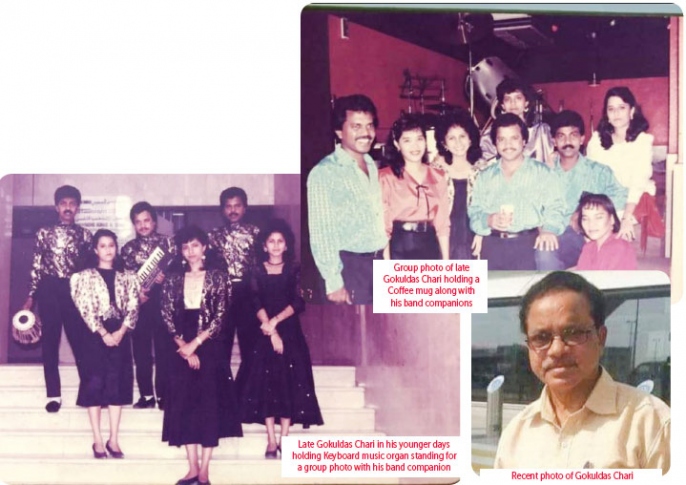 Chari  was well known among the Hindustani music as well as Bhajan (devotional) music genre lovers, as he performed in Vasco as well as around Goa. He performed thousands of shows of "Geet Ramayan" (Musical Ramayan narration). Those close to him mentioned that his orchestra band was so famous and was in demand that he not only performed and garnered a fan base in Goa but in neighboring states such as Karnataka, Maharashtra and also in Arab countries.   Chari was also recipent of state level Kala Gaurav award.   He wasn’t was not keeping well for many years  and had undergone a surgery. he also happened to meet with an accident and since then he was mostly at home. Chari was admitted in the ESI hospital a month ago wherein he was tested positive for CoVID19 infection. He and his eight family members from the joint family where he lived were also admitted for their treatment for CoVID19. Surprisingly all his family members recovered and returned back but fate had other plans for this maestro   His daughter, who was taking care of him also got the COVID infection but recovered.
Tributes from all over the state and across various fields poured in for this gem of Vasco and Goa.
Krishna (Daji) Salkar, city councillor and a close friend of late Gokuldas Chari, said "Goa lost a multifaceted talented musician in the form of Gokuldas Chari sir. He was one of the finest players of harmonium and music organ. He was a revered Guru (teacher) and an inspiration to many budding artists in Goa. He was a recipient of Kala Gaurav Puraskar. Chari Sir was known along with all these qualities as a very humble soft-spoken man. May his legacy continue by all his shishyas, disciples and others who were inspired by him"
Related news