The 20th annual All Goa Fishing Competition along with a Seafood Festival will be held in memory of the late fishermen from Ribandar. A small but bustling fishing community in Ribandar, they have been celebrating the festival on August 15, and this year, they are making a comeback after a gap of two years due to the pandemic 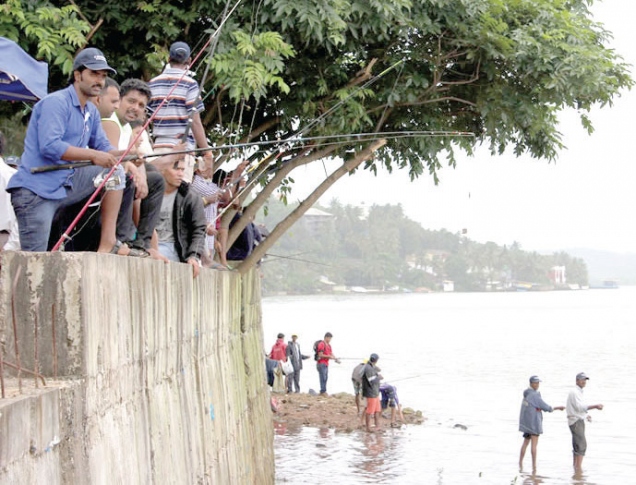 If you are an avid fishing enthusiast, Ribandar is the place to be on the morning of August 15. One of the most awaited events for fishing enthusiasts, the 20th annual All Goa Fishing Competition has been gaining popularity over the years. Every year, anglers are back with line, hook, sinker and bait to catch the biggest fish in a bid to win

While fishing requires time and patience, here, the competition is more about luck and who catches the biggest fish with a single hook. You can either pray for a good enough catch or wait patiently with a line, hook and sinker till you catch a fish to win at least one of the many prizes. Ribandar celebrates the feast of Our Lady of Assumption and Independence Day on the same day. The day begins with the competition in the morning, held opposite Goa Institute of Management (Old Medical College) followed by a scrumptuous lunch by the riverside in the company of good friends, albeit in a competitive way.

Organised by the Fishing Lovers of Ribandar along with the Ribandar Fisherman Association, this year, the festival has been organised in collaboration with the Rotary Club of Porvorim, media channel partners Herald Publications and 92.7 BIG FM, Youtube channel AE Media, Francisco Martins and Acacio Tavares and his group. This year, the function will be held in memory of late Andrew Fernandes, late Francis Xavier Fernandes and late Francis Fernandes. Rohit Monserrate, Mayor of the Corporation of the City of Panjim, will be the chief guest while Dr Sandhya Kadam, President of Rotary Club of Porvorim and Francisco Martin, Art Director, will be guests of honour. Special invitees for the day will include Bento Lorena, CCP Corporator, Sandeep Bharne, proprietor of Bharne Nets, and musician Acacio Tavares. The proceeds of this event will be utilised for the welfare of the fishing community of Ribandar.

“The members of the Ribandar Fishermen Association include president Carol Pinto, secretary Bonnie Cardoz, and treasurer Melvin Lobo. "This year, we are expecting college students who want to see and learn from the festival. The fishing competition has led to many villagers returning to fish with line and hooks throughout the year at the riverside. They look at the tide and accordingly, fish in the clean waters. A few years back, we had extended the retaining wall where the competition is held and promenade was built for villagers to sit near the calm waters. Yet, there is a lot more work which requires to be done and the need is felt even more during the competition, when there are more participants, but we have to limit the lots to 150 participants,” says Michael Fernandes, a member of the Ribandar Fishermen Association.

The competition will commence at 11.30 am sharp, and the participants have to be ready and at their allotted spots before that. The drawing of lots for 150 participants will take place at 10.30 am. The duration of the competition will be two hours and participants spanning the breadth of the riverside, will have to get their own bait and only one hook will be allowed for the fishing line or rod. Lots will be drawn to mark places for fishing for

for grabs. Don’t be surprised to hook in some Red snapper (Tamaso), Perch (Palu), Mullet (Shevte) and Sea perch (Chonak) at the competition.

Acacio Tavares and Group will provide live music, while Clifton Sequeira and Swizel Costa from Salcete, winners of Goencho Awaz, will add to the entertainment factor. The Seafood Festival is incomplete without mouth-watering Goan food. Fish lovers can eat to their heart's content with rechedo mackerels, prawns ambotik, crabs xecxec, prawns curry, rice, chicken xacuti, pulao and pattoleos on offer.