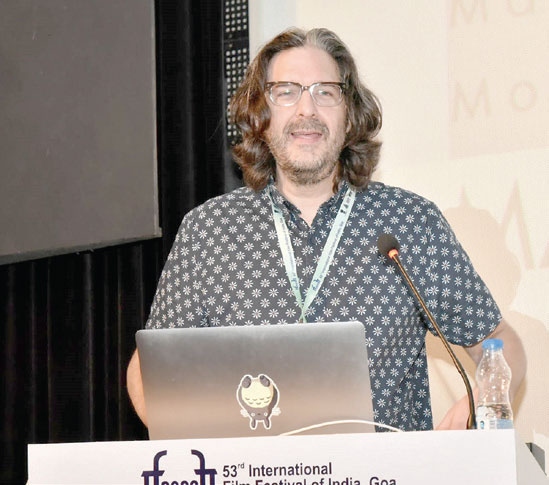 Mark Osborne, American filmmaker and animator famous for his films like ‘Kung Fu Panda’ and ‘The Little Prince’ was leading a Master Class session on the topic ‘Animation as a Tool for Expression’ on the sidelines of 53rd International Film Festival of India.

Emphasising on the power of animation, Mark said that animation is a diverse and vast medium that can tell any story. “To make somebody feel about something that doesn’t even exist, is really magnificent. It is the result of a continuous process of rewriting, rebuilding and experimentation. We feel the magic of animation when you see it come to life eventually,” he said.

On a cautious note to aspiring animation makers, Mark said that though it is important to draw inspiration from masters, care should be taken to not imitate their work. “You have to find a balance by exploring your own ideas. Every person will have a different perspective and life experience. Bringing this personal journey and experience into filmmaking is paramount.” Mark Osborne also gave a detailed presentation of his journey in creating the movie ‘The Little Prince’ by adapting the novel written by Antoine de Saint-Exupéry. The session was moderated by Prosenjit Ganguly.