The BJP government in Madhya Pradesh has announced that it will table a love jihad bill in the Assembly. This includes five years rigorous imprisonment for violators. The charge will be cognizable and non-bailable.Café spoke to people Goa about yet another controversial piece of proposed legislation 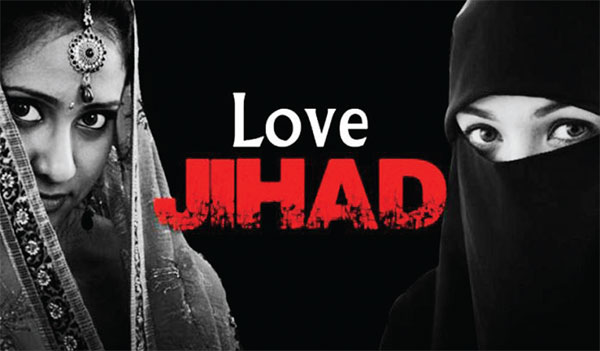 The bill is ostensibly to prevent fraudulent inter faith marriages with an aim at religious conversion. Many feel this is another attempt to prevent any matrimonial union of people with different faiths, in states ruled by BJP governments since UP and Haryana are likely to follow suit. Other provisions of the Bill include notifying the district collector a month in advance before formalising an inter-faith marriage. Goans have spoken on the bill:

Love-jihad, has no legal connotation. Jihad (or jehad) is commonly understood as holy war. But, it essentially refers to human struggle to promote what is right and prevent what is wrong. The term love-jihad has been coined by politicians and clearly with an attempt to create communal divide and tension. The talk of bringing a legislation to prohibit love-jihad, is essentially being understood as a legislation with intention of prohibiting inter religious marriages. The right to marry a person of his or her choice, is not only an inherent right, but also a Fundamental Right encompassed under Article 21 of the Constitution of India. If such legislation is enacted which seeks to totally prohibit inter religious marriages, it will surely be struck down as being unconstitutional.
Carlos Ferreira:  Advocate in High court of Mumbai in Goa

There is no such thing as ‘Love Jihad' in Islam.  This is a phrase coined by the Sangh Parivar and BJP to divide the nation and disturb the communal harmony. Love Jihad or ‘Romeo Jihad’ as it is sometimes referred to, is an Islamophobic conspiracy theory which alleges that Muslim men target women belonging to non-Muslim communities for conversion to Islam by feigning love.  Marriage is a matter of personal liberty and falls under Article 21 of the Constitution where two consenting adults have every right to marry anyone of their choice.  Introducing any law to curb such freedom would be totally unconstitutional and it will not stand in any court of law.  There is nothing called love Jihad under the existing laws in the country and the Constitution gives everyone the freedom to practice and propagate any religion.  Such a law is nothing but criminalizing inter-faith marriage for the purpose of political gains.
Shanti Fonseca : Social scientist and practicing senior criminal lawyer).

Why some state governments are trying to criminalise choices?  Such laws have no place in our Constitution.  In the 21st century democracy, no one can dictate as to what we eat, whom we love and who we marry!  This rhetoric smacks of paranoia about interpersonal relations.  For the record, as recently as February 2020 Union Minister of State for Home affairs G Kishen Reddy told Indian  Parliament that there was nothing called ‘love jihad’ under the existing laws of the country and that Article 25 of the Indian Constitution gives freedom to practice and propagate any religion. Clearly all this talk by some state governments is in complete contravention to the constitution.
Savia Veigas Writer

Today’s laws are meant to serve particular political interests. Public interests be damned.  Our laws are not framed to help people but to create problems for the people. This is yet another example of such a move.
Radharao Gracias  Senior Trial Court lawyer and ex President of the South Goa Advocates Association.

It is a fantastic move, I welcome the move, it will curb the violence and murder that is taking place in the name of love jihad , I feel the model  of this bill should be applicable for the rest of the country. It happens a lot in the North of India.
Prajal Sakhardande Associate professor and HOD of History at Dhempe College of Arts and Science
Related news