A song by Kabir Naik highlighting the ills of the three eco destructive projects in Mollem has caught the fancy the people of Goa. 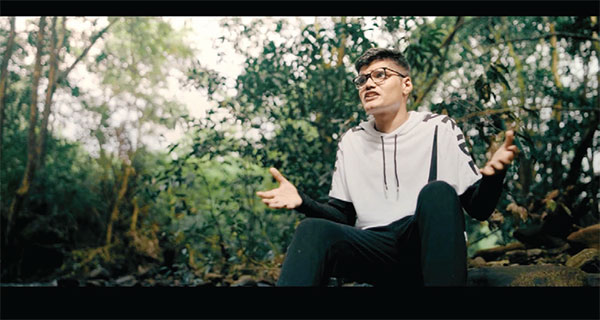 The projects planned in the bio diverse space of Mollem has evoked strong protests around the state. There have a show of support from people around the country and even the world. Artists have been part of this campaign. Singers has sung songs that have caught the attention of the public and now another young Goan has come up with a song that has set the digital world on fire.
Kabir Naik along with a group of youngsters from diverse fields come together and released a song Mollem Marta Ulle on Youtube with the objective of creating awareness about the 3 projects coming up at Mollem. Kabir said “I have released songs in the past. During the Mahdei river dispute, I had released a song with rap since music is the only way to attract the attention of the youth who did not seem to be interested in the entire situation. The song generated a lot of attention and interest. This song came about after a lot of discussion with friends for a week and then I wrote it. The song was recorded on September 1and released on September 10”.
This sojourn into singing is interesting for Kabir because he is interested in becoming a fulltime documentary film maker. Singing for him is a medium to touch an audience and to get them interested in a burning issue. The song is to the point and talks about the three projects that will cut through the wildlife sanctuary which is a tragedy because the Western Ghats are home to very rare species which could get wiped out if these projects become reality. He said “We used social media to connect with the youth. The general perception is that the youth does not use it with any maturity and is interested in self gratification but we want to say it can be used to effect change in society”.
Providing details of the song Kabir said  the central government along with the Goa Government had approved three linear infrastructure projects ie the expansion of the National Highway 4-A, double-tracking an existing railway line and laying a 400 KV transmission line which would cut through the Mollem National Park and Mahaveer Wildlife Sanctuary . Implementation of these projects in their presently proposed form will lead to large scale destruction of the rich biodiversity and fragile ecosystem of the region. This will also have long term effect on Goa's waterways.
The song has garnered very good response from people of Goa with over 8,500 views on Youtube. Kabir along with friends have also started a series on Wildlife of Goa - 3 to 5 minute video capsules- with exclusive footage of Goan wildlife with the objective of getting our generation people enthused about our rich natural heritage and also prompt more research in Goa's varied biodiversity.
One can only hope this song and other similar efforts will fire up the average Goan to fight the attempts to bring about drastic and ill conceived changes to the state.
Related news