Patience will show the way

The CM has exhorted Konkani writers to popularise Konkani literature among kids by coming up with content that will attract them. Writers in Konkani were more than keen to articulate their views 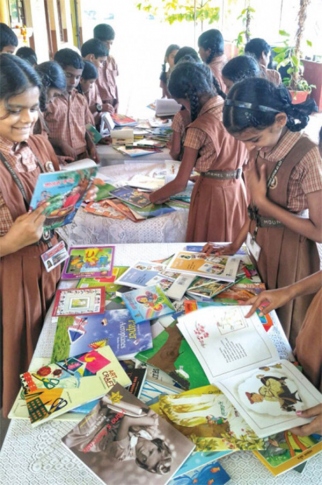 The request by the CM to eminent Konkani writers to popularise Konkani literature among kids by creating content for them has generated comment. The decrease in the popularity of the language amongst the younger population is glaring and in some cases young children seem embarrassed to speak in Konkani. The situation is not helped by the fact that parents would like to educate their children in schools that use English as the medium of education. And yes there is also a tendency amongst families to converse in English while communicating with the children.

For writers in the Konkani language like Fausto D’Costa the statement he said by the CM was good but so much needed to be done to make it a reality. He said “We should create rhymes for children. We should not do translations but we should create new content. In the past mothers would sing lullabies or songs in Konkani to their children as they tried to make them sleep. No mother would ever sing in English in the days gone by. Now we should first focus on the mothers and help them start telling stories in Konkani to their children. These stories should be original and not translations of stories from other languages in the country. There was a trove of stories in Konkani which has now been lost. Today kids are not reading in Konkani. So then get the mothers in play and then the kids will want to read the books written by writers in Konkani.” He said no pressure should be exerted on children and they should continue to learn in English but also ensure they learn Konkani to ensure an important part of Goan culture was not lost.

Savio Pinto felt this move was coming in bits and pieces but it was better than nothing. He said “They should start in earnest and commence classes from the first standard in the Roman script. This will gain the people’s confidence. There are already several excellent books written in Konkani which can be read by children .It is a fantastic idea and we will have to give it time to achieve success in the years ahead.”

The doyen of Konkani literature Damodar Mauzo said a lot of work had already been done to ensure children were interested in Konkani. He said “A lot of work has been done by the Konkani Bhasha Mandal and the body continues to work on ensuring the language gains popularity amongst the younger generation. We look at the best books in other languages and look to get them translated into Konkani for the children. Workshops are being conducted to ensure proper guidance is given to writers who wish to write for children. I have written four to five books for children. Work is being done and will continue, of that there is no doubt.”

Eminent dramatist and playwright in Konkani and English Tomazinho Cardozo said there were a few writers who had written books for children. He said the government should help the efforts by helping organise workshops for writers. He said “They should bring in some of the best writers who have written for children and have conversations. This will motivate our writers and importantly the government should provide finance. They should select writers after the workshop and provide finance for publishing. If this is done, many writers will be motivated to write for children.”

The reduction in the popularity of Konkani amongst the younger generation is an emotive issue and if steps as suggested by the writers are initiated then some change will be made in this direction.