Father Bolmax Pereira, the much adored Parish priest of Chicalim washed the feet of the man who earlier insulted him, on Maundy Thursday and forgave him thus burying a very disturbing incident that had angered many people when it happened. Father Bolmax speaks to Cafe and sharee the reasons behind his noble act. 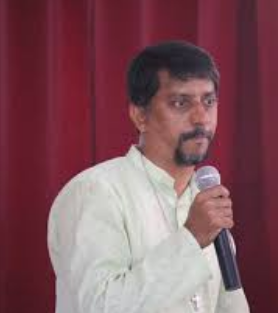 He was insulted and abused barely a month earlier. This was during the heated Panchayat elections in the state. Yet on Maundy Thursday, he surprised everyone by washing the feet of that very man who had abused him.

Father Bolmax Pereira the parish Priest at St Francis Xavier Church, Chicalim has consistently marched to his own beat. Last week he surprised everyone by doing what he did. Father Bolmax said washing the feet was part of the tradition of the church. And consistent with Jesus' act of service for his disciples by was washing their feet. Speaking about the unfortunate incident he said Stefanie Lucas had won unopposed as the panch of Chicalim panchayat which had angered certain people. They trespassed onto her property and a very scared Stefanie called Father Bolmax who rushed over with a few people. One of the people who was angry with this development rushed forward and started abusing Father. His actions shocked everyone in the vicinity. It was recorded and passed around as a WhatsApp message across the state. This further heightened the temperature. Father Bolmax said the period of lent was about praying and confessing ones sins. He said “We also pray for the environment and the political situation in Goa. As the parish priest I was preparing for Maundy Thursday and I remembered it was the time to forgive. Someone had done wrong by me and I took a chance and sent a message. I invited him to come and join the service as one of the 12 apostles whose feet I would wash. He responded positively. Before that there was so much negativity. People were very angry. People had condemned the act in very strong terms. I don’t believe in ostracizing anyone and I don’t want that to every happen to anyone. I was so happy when he gracefully accepted.” He said as he was performing the act of washing the feet he felt at peace with himself and admitted that for the very first time he felt it was not a reenactment but very real. He said “As I washed his feet, I spoke to him and informed him that I had forgiven him. He also accepted it very gracefully. Later in the day, he sent a message thanking me for the act and admitted he had done something very wrong. ” This act he said ensured there was peace on both sides and ensured it stayed peaceful. An act that was condemned by everyone and which could have festered under the surface is now in the past and the people of Chicalim can now move ahead.
Related news