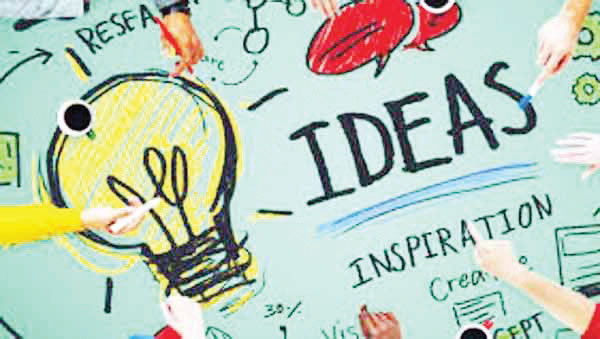 Times of difficulty bring out the best in people. Or to be more specific it brings out the best in that special breed of people who rise to the fore in times of crisis. Markets have collapsed and the scenario being faced by corporate is rather unique. Companies have slashed jobs or kept people on furlough. In such a scenario, perhaps it would make a lot of sense to think something radically different that could appeal to the new market conditions.
The authorities in Goa have been trying very hard for a number of years to enthuse young men and women to try their luck at startups. Recently the Goa State Innovation Council received several very interesting ideas thanks to a window it had opened for people to ideate in these Covid times.
The ideas presented were original and very interesting. In this day and age when sanitizing and disinfecting everything around had taken an importance all its own, a machine to sanitize currency notes caught the attention. Interestingly an idea presenting a sanitization box for groceries, fruits and vegetables without the use of UV light certainly caught ones eye. Over the years this paper and other publications have highlighted the problem of bio-medical waste and an idea presenting self-disinfecting bins for bio-medical waste definitely could be promising.
Goa State Innovation Council Chairman Jose Manuel Noronha said it was very good thing that the process of ideating which was required in these times had taken root in Goa. He said the culture was very encouraging and with a lot of people now coming in from all over and settling down, the entire process had received a great push. Goa, he said was the place to be. He said “We have several incubation centres which are great for people interested in setting up a startup. It is important for them to scale up. We cannot just have ideas; they have to be worked on. These ideas we received are very interesting and keeping with the times of the pandemic”. He went on to say that it was now important to for the ideas to move to the next phase that was of making a prototype and then getting possibly getting funding to take it to final stage with the marketing plans and all the other modalities worked out.
Looking into the future he said it would be important for every engineering college in Goa, every polytechnic and other centres of technical learning to have a startup centre to enthuse the young students. With numbers he said, there would be ideas that would graduate to being products being used by people in Goa and the rest of the country.
TR Venugopal is an incubation manager at FiiRE located at the Don Bosco College of Engineering in Fatorda and was confident with the future of startups in the state. He said “We are the only incubators in South Goa and the response has been very good. We get people coming everyday with some idea that they want help. Others want help to scale up and then there are those who need help in funding. It is very encouraging. When the first lockdown was announced, we had to shut but by June we had reopened by following all the protocols because the people wanted to get back to work. Now slowly it is all returning to normal”.
A more global view was given by the CEO of FiiRE DS Prashant. He said “I think normally what history teaches us is that when there is a challenge, the startups fill that space. They are nimble, flexible and fast. We saw during the pandemic, several startups repurposed their ideas and made masks. We now have people looking at various opportunities due to the pandemic and coming forward to start their startups. In a nutshell I would say this is the best time for a startup. Many people have lost jobs have been thinking of doing something new and finding likeminded people and are coming to  together to start a business”.  He went on to say that now with the  govt now aggressive in supporting the people with capital influx several corporate were also looking at new ideas that came from innovators. This was the perfect time for them to collaborate with corporate in a deeper manner. The time he said was ideal for new ideas and challenges. Companies, he said in any sector from agriculture or health to name just two was looking for innovations. They had the structure and they wanted ideas relevant to their industry.
He felt the next two years would be a game changer with corporates working with innovators. DS Prashant said there were around 90,000 startups in the country of which around 50% came about in 2020. These numbers he said would play out its role and would connect with the system. The time for disruption was here and startups would play a big role and Goa would see , he said something similar too.
One can only hope it comes true for the sake of Goa because the future of the state will depend on these startups achieving success.
Related news