The ever-changing face of Goan migration

India’s diaspora continues to be the largest in the world – constituting 6.4 per cent of the total world migrant population of 272 million in mid-2019. Outgoing Goan migration has been continuous since the late 19th century. Many Goans have settled abroad but still visit Goa to keep their ties strong 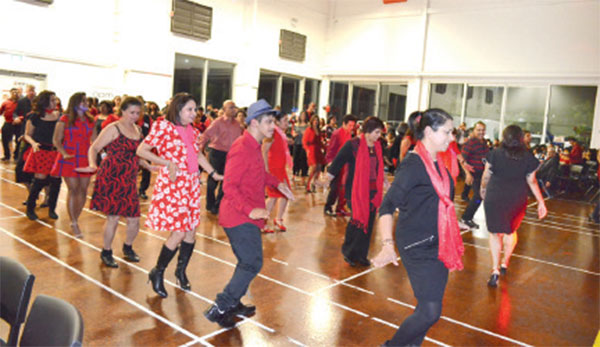 According to the UN’s International Migrant Stock, India’s diaspora continues to be the largest in the world at 17.5 million. For better job prospects, UAE, USA and Saudi Arabia were the top three destinations for Indians. The International Migrant Stock 2019, a dataset released by the Population Division of the UN Department of Economic and Social Affairs, today provides the latest estimates of the number of international migrants by age, sex and origin for all countries and areas of the world.
Selma Carvalho has been writing about the Goan diaspora for over a decade. She has released three books based on the stories of Goan forefathers who travelled to new lands for a better life. Her extensive research for her books, ‘Into the Diaspora Wilderness’, ‘A Railway Runs Through: Goans of British East Africa, 1865-1980’ and ‘Baker, Butcher, Doctor, Diplomat: Goan Pioneers of East Africa’, created a new interest in East Africa Goans. “Outgoing Goan migration has been continuous since the late 19th century when the British convinced the Portuguese to build a railway that linked Goa to British India. The first wave of Goan migration was to Bombay, then East Africa, Karachi and Burma, the Gulf countries, Canada, and in the last thirty years or so to England via the Portuguese passport route. Within these migrations, there have been Goans who became displaced due to various reasons and are now resettled in the UK, Canada and Australia,” says Selma, who is currently based in the UK. She adds, “Whether the migratory population will be the same as that of Goans in Goa is a difficult question to answer. The Goan population is subsumed within the Indian and Asian population census and hence there is no verifiable data regarding Goans. Also, gathering such statistics will be a difficult and sensitive task. Second- and third-generation Goans do not identify as Goans. They identify with their homelands and many are biracial. We also have to examine what we consider to be a ‘Goan population’. Is it people who can trace an ancestry within Goa or does it include new citizens who have made Goa their home? Such narratives cannot have linear and binary answers.” Besides job opportunities, the next priority for Goans to move out of the country is a better quality of life. Calisto Vaz from Socorro was in the Indian Army and his wife was working for Air India. He moved to New Zealand in 2002 with his family and is now the president of the Goan Overseas Association of New Zealand (GOANZ). “Our association has 275 Goan members and 400 members who are friends and well wishers of the association. There is an increase in this number every year. Many Goans have settled in Australia and New Zealand as the average age of males is 70-75 years and females is 80 years in New Zealand. There is a better quality of life and most families think about a better life for future generations. I also had to struggle for the first two years. New Zealand was then accepting migrants based on point system and we were selected on qualification and experience,” says Calisto, who is currently working as a case manager in a prison in New Zealand. His daughter, Dr Aafreen Vaz, won the Femina Miss India 2015 runner-up title. Stressing on the reasons for migration, Selma says, “Strictly speaking, besides economic opportunities, there is no other reason for migration. Goa is not a war zone so we are not fleeing persecution or seeking refuge. Goans migrate because their children have better educational opportunities, because they can save a bit of money and generally lead better lives. Also, I think once they migrate, people become used to the better quality of life in terms of infrastructure, cleaner environment, less bureaucracy and less government interference. Goans are phenomenally successful in the diaspora. Their assimilation into western societies is seamless.” Selma is next working on a fiction novella that is scheduled for release in early 2020. “It’s about a second-generation immigrant Goan girl living in London, whose sense of home and the political narratives surrounding ‘homelands’ are challenged all the time by the reality of her life,” she says. Goans have a huge diaspora living in almost all the continents of the world, majorly in countries like United Kingdom, Australia, Canada, United States of America, France, Pakistan, Kenya and all the Middle East countries.
Related news