An eclectic group of volunteers in Goa are working on a simple yet important mission. To ensure that the information in public on Goan history and its villages is perfect, especially on Wikipedia 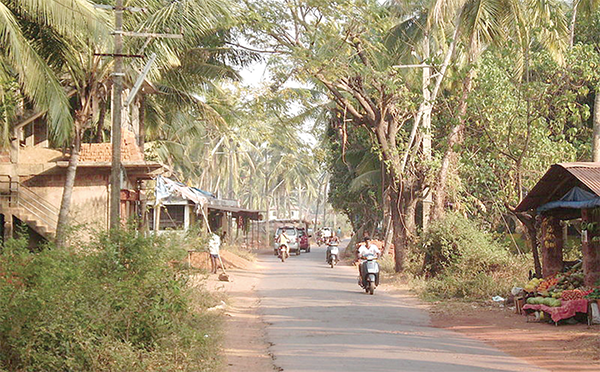 To know oneself better, one should be able to know one’s surroundings. To do that would require looking up sources that would be able to provide such information. In Goa, such information may be available depending on who one knew. Now a concerted effort is on to collate the history of each village in Goa and upload it on Wikipedia. This is being done by volunteers around the state.  Writer amd publisher Frederick Noronha (Rico to all) said it was a group push to collate the information surrounding various villages in the state. He said villages are notable whereas trying to do something on an individual was much harder. The rules and regulations of Wikipedia were very strict. He said “There is a village in Goa comprising five people. Just check the census report. There is tremendous village loyalty in Goa and people would like to learn more about the place they stay. We started in Bardez then Ponda, and later Salcette. It will get even tougher when he get to the remote areas like Satarri, Canacona where no one really knows the villages.” He said while formulating projects like this it was important to have a proper method. It was like a journalistic assignment in which one needed to know what questions to ask. Wikipedia he said insisted on citation. No one was allowed to post original research or opinion. He said it was important to keep a check so that credible information was going in. Alia Abreu who is involved in the entire process said she along with a group of Goans living in the state and abroad got together under the wing of Frederick in 2018. He was motivated for Goa to be featured correctly and prominently on Wikipedia. She said “It was slow paced, in 2020 Tanmay and I decided people needed more motivation and we decided to meet online every Sunday. We organized couple of workshops on uploading, editing so that people knew what to do”. With regards to collecting information, she said it was collected randomly. Information was accessed from sites online, books on Goa or from newspaper articles. People collating info on the various villages did this. It was she said a labour of love. They were continuously on the lookout for new info and when they did they would paraphrase but always quote the source. This exercise she said would be an ongoing thing because villages would keep evolving and new information would come to light. Alia said the people behind the Save Mollem campaign wanted them to upgrade the page and they were now looking for volunteers. Tanmay Pereira a software engineer who is also a volunteer in this campaign said the first step in anything was always getting volunteers. He said “We always encourage people to take up their own town or village their parents came from. We research magazines, check local newspapers like the Herald and we use these reports. It is all available online and very useful for wiki. It maintains very high standards and you cannot create any page. They want all research to be legit”. Asked what he and the group intended to do he said they wanted to take up more serious issues like culture, food and history of Goa which are not presented properly online. He said a lot of work would have to be done on this. He however said the articles of the village would have to increase from two to three lines to twenty to thirty lines which would require a lot more work. Another of the volunteers is Denzil Simoes who is involved in the technical side of the operations but is also involved in the creation of a Konkani Wiktionary online. He said he was involved in the project which started in November 2018. He said “A group of Goan Wikipedians were bemoaning the unavailability of easily accessible and Konkani translation tools on the internet, such as automatic translation. This led them to start the process of developing a Konkani Wiktionary”. The project he said was at a crucial stage and there is a need for people from all walks of life and all geographical regions to join hands and begin contributing to increase the words as well as the quality of the entries in the Konkani Wiktionary. Without this, the Konkani Wiktionary project is in danger of dying a slow death. That may be a very regrettable development but the fact that Goans are interested in ensuring the story of their villages ought to be represented properly. One can only wish them all the very best.