Tiatrists set to storm the stage with winter productions

Come winter season, and the tiatr directors are all set for the grand release of their new productions. Overcoming fear of the pandemic, a handful of them had boldly come on stage, released their tiatrs and entertained the audience 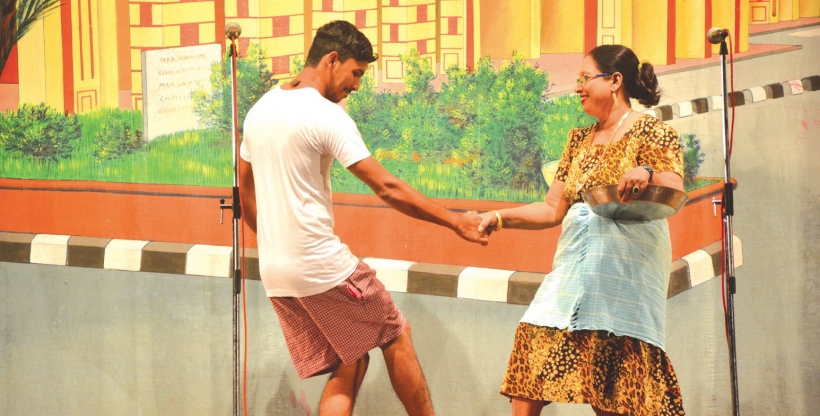 The response to the monsoon releases was overwhelming as the tiatr lovers, especially in South Goa, were hungry for tiatrs and they got the best of entertainment through drama, songs and comedy. Moreover, it was a huge cast roped in by the directors for their monsoon releases, with shows staged only in the city.

During the yesteryears, there would be only two seasons of tiatrs annually, namely the Easter releases and the other in the month of October. But as the years rolled by, the seasons mounted from two to three (inclusive of the monsoon releases) and sometimes even four, with another production staged in the month of January that went on till March-end.

For this winter season, there are around 14 tiatr directors, who will entertain the audience with their new releases. The shows of some of those tiatrs are also scheduled in the villages as per the bookings that follow for various village feasts.

Some of the new releases are scheduled either at the end of the month of October or first week of November. But many tiatr directors have roped in new faces in their troupes, thus giving an opportunity to many amateurs to showcase their talents on stage.

Speaking about his 71st production ‘Bharadik Khuris’, Prince Jacob said that everyone has a cross to bear and during the earthly journey, one must help another to carry the cross. “There’s no escape route to the cross that follows you,” he remarked, and if Christ being God had a cross to carry to Calvary, why shouldn’t we too follow Him with our own daily crosses?”

Apart from the old members of his troupe, Prince Jacob said that the new faces include Baptist, Sonia and Eddie Casiano. He said that Valency from Calangute earlier featured in some of his productions and will make her appearance again in the new production.

Concerning his 101th production, Roseferns said that his new release ‘Ek Nam Ek Dis’ speaks about getting what you deserve. “One may make umpteen efforts to hide the truth, but in the end, falsehood takes a back seat and truth prevails. One may miss justice on this earth,” he stated, “but he will definitely get it at least after death.”

With productions one after another in various seasons, Roseferns disclosed that he has around 24 members in his troupe, which include musicians, lightsmen, stage manager and others. “Some among them make their living only with what they earn through the shows staged in cities and villages. So supporting them throughout the year is a big responsibility,” he added.

After the success of his tiatr ‘Lion King’, Franky Gonsalves is hopeful that his second production ‘Dadlo’ will also impress the audience. His earlier tiatr had one artiste shouldering dual roles and the character of a dwarf was highly appreciated.

The artistes in ‘Dadlo’ include Alijoy Fernandes, Tracy de Calangute, Maria Lourdes, Normandez, Shanaya, Sneezel, Merwyn and others. Apart from the main cast, he has roped in six comedians, namely Ben Evangelisto, Jesus, Agnelo, Julius, Rose and Jose for the laughter pills. Anthony de Velim and his troupe will assist with live music offstage.

Tiatr ‘Inas’ has been penned by comedian Agostinho and directed by comedian Joyel. It has artistes Pradeep Naik, Pascoal Rodrigues, Mita, Cassy, Cia, comedian Myron and others. Music will be provided by Joaquim and his troupe, while Ratna will handle the lights.

Ulhas Tari’s fourth production ‘Mhojea Sangata Rav’ scheduled in the month of November is a family melodrama. The artistes Peter de Arambol, Caziton, Roma, Reema, Joylita, comedian Ambe, Richard, Rizton and others will assist to make the show a success.