Where do tiatr lovers go without Kala Academy?

After the closure of Kala Academy - the only auditorium in Panjim, for repairs and renovation works, the tiatr fraternity and tiatr lovers, have been put through a lot of inconvenience. It has also deprived directors from staging their new productions and winning crowds for the shows 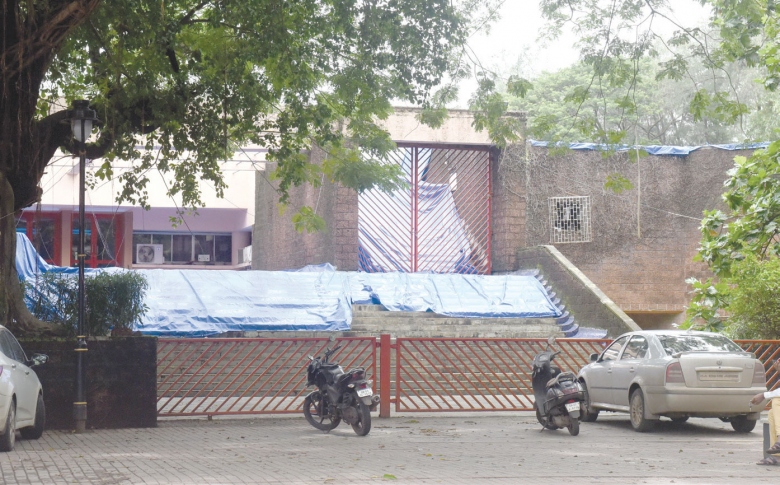 The Kala Academy auditorium was shut down providing an excuse that it needed immediate repair works, apart from renovation. The assurance was given by the concerned authorities that it would be opened soon after the completion of the works and at a specified time. With the decline of pandemic, the tiatr directors announced their new productions as Easter releases. But apart from the Ravindra Bhavan in Margao and Sanvordem, they have been unable to stage their shows neither in Panjim nor in Vasco.

And with the closure of Kala Academy auditorium for quite some time now, tiatr fans, especially from north Goa, have been totally deprived of entertainment. The only alternative left for the tiatr buffs was to travel all the way from Panjim to Margao to enjoy tiatrs of their favourite directors.

Two of the commercial tiatr directors, late Mario Menezes and Menino de Bandar gave it a try and had staged their new Easter productions at the Institute Menezes Braganza hall in Panjim. But the seating capacity is restricted to only 350, thus depriving others to make an entry and enjoy the show. “Financially it is a big loss,” late Mario had stated and he further explained with the breakup of the expenditure. He had said that booking itself costs Rs 12,000, followed by transport (Rs 5,000), stage (Rs 10,000), artistes (30,000) and other expenses. He also mentioned that there’s hardly any crowd puller at Sanvordem and hence tiatr directors prefer to have only the inaugural show staged there, followed by more shows in Margao. The same is the case with Ravindra Bhavan in Vasco which is now shut for almost three years.

“Other than the age-old Hanuman theatre, there is an urgent need to have a Ravindra Bhavan in Mapusa so that people from the north enjoy a good number of tiatrs with much ease and comfort. Or else the tiatr fans will have to sacrifice and travel all the way from the north to the south for the sake of entertainment,”

Rafael Pereira from Fontainhas, Panjim would never miss out on tiatrs staged at Kala Academy. But today due to its closure, he cannot enjoy any as practically all of them are staged in the south. “Once in a while you may make a trip to the south and enjoy a tiatr at Ravindra Bhavan, Margao, but that’s not feasible every week,” Rafael sighed.

“If not for the immediate opening of Kala Academy auditorium, a good and alternate auditorium in the capital city is a must to avoid disappointing tiatr fans from north Goa,” Rafael said. “The one available at the ferry point is small and congested, which is economically not feasible for the tiatr directors as well,” he added.

“Tiatr is the only form of live entertainment which the Goan community enjoys here and due to the closure of Kala Academy auditorium, it is a big loss to directors and the audience as well,” stated Emelda Fernandes, another tiatr lover from Ribandar. “Elderly people like us cannot make trips to the distant south merely to watch a tiatr. It will definitely have a toll on our health,” she said.

Avito Fernandes from Merces, a retired headmaster from an institute in Vasco, said that the state government should take immediate steps to open the Kala Academy auditorium at the earliest and on priority basis. “Or the concerned authorities should have made provisions earlier for an alternative before its closure for repairs,” said Avito.

“When it’s a peak season for the commercial tiatrists, indefinite closure of Kala Academy auditorium is a big setback. Some of the tiatrists survive solely on tiatrs and now when they cannot stage tiatrs in the north and unavailability of hall in the south as well, who will compensate them for that big loss?” he queried.