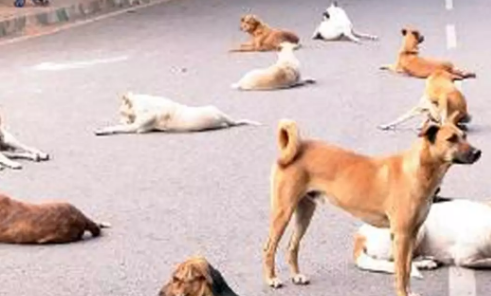 It is surely noteworthy and commendable that Goa has reportedly done pretty well in elimination of rabies and malaria. Rabies is incurable and fatal and hence many, like me, have been crying hoarse about controlling the stray population of dogs, which, besides spreading rabies, have also caused accidents of serious nature and even death of two-wheeler riders. I do not wish to go into the “Mission Rabies” tall claims of over 500,000 vaccinations in the last seven years nor their taking credit for the achievement, as there can be no statistics to prove such claims. I have never seen them in the area I live where there are many strays, and have seen their personnel on Colva beach, unable to get the roaming dogs into the net. In any case, the awareness created about vaccination of dogs and immediate treatment for dog bites, may have contributed to have human rabies being eliminated, with no deaths in the last three years. However, let us not lose sight of the fact that rabies in dogs has been found in Goa, even this year, and hence, caution must continue to be exercised.

I recall that around three years back, anti-rabies injections were not available in Goa. This must never happen again. “Mission Rabies” would do people a great service to ensure prompt availability of these injections.

We must also remember that Goa turned notorious when a lady, bitten by a dog on a Goan beach, died of rabies in UK in the 90’s in a first such death there in that century. Dogs still abound on our beaches and they being a “protected” species by animal rights activists, the Government and the Panchayats dare not act and hence the risk of dog bites still persists.

The other mission of sterilisation of dogs appears unsuccessful, as proliferation of the species seems unabated. This should be a matter of concern, as spread of rabies in animals cannot be ruled out.

Another probable feather in Goa’s cap is the attempt to declare Goa a malaria-free State by this year end. With no malaria deaths in the last three years and with reduced number of malaria cases, we are perhaps not far from this achievement too.

Vector Borne Diseases in charge Dr Kalpana Mahatme is right in cautioning people about getting migrant workers screened, as they are the main carriers of the virus. Perhaps the reduction in construction activity, with most migrant having returned to their native places, has contributed to lower number of infections. However, the Health authorities must come down heavily on the builders’ lobby for not providing proper living and sanitary conditions to their work force. Hence, these too must be alerted and acted upon promptly.

While malaria may have brought some relief, dengue is on the rise. In Margao, health personnel have been inspecting houses for stagnated water even in flower pots, which is a step in the right direction. But complaints about mosquitoes all over making their appearance even during the day keep increasing. Perhaps fumigation and other methods must be ensured for their elimination as also of dengue and other vector borne diseases.