A rookie reporter’s diary dated May 21, 1991, and the India that changed that day 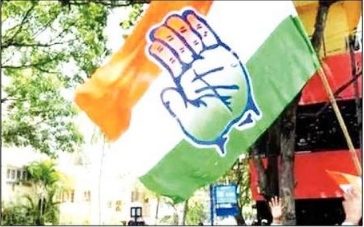 29 years ago on May 21, the evening had turned into night on that balmy summer evening in Delhi. This author had just finished helping out with a long video edit of a feature for Independent Television Network, work normally assigned to a rookie reporter, and offered himself the luxury of a short walk around Green Park where the offices of ITV were located. It was 10 pm. The plan was to go back to the office and eventually head off home and plan for the next round of election related trips across North India to catch and capture an imminent Congress wave.

The Prime Minister of the day was the genial, forever evergreen, young turk, Chandrashekhar, who defected from the Janata Dal and formed his own party with merely 65 MPs and became Prime Minister backed by the Congress. But even Chandrashekhar knew that his seven-month-old tenure was about to end, giving him the pleasure of riding into the sunset as the boy from  Imbrahimpatti village in Balia district, in UP, who became India’s Prime Minister.

India was changing. The young were claiming their space and technology was about to bring the mobile phone revolution to homes and offices. This India, across towns and villages, was poised to bring the Rajiv Gandhi-led Congress to India, freeing itself from the epidemic of caretaker governments of small parties backed by the Congress behemoth. This author, just out of his teens then, was a part of this new India, which he absorbed and reported on. But a lot would change that night.  And from then on. In fact, India itself would go onto to change that night. Perhaps not immediately but as the years passed from what happened that night to now, we, who lived in that era and saw it up close and personal, saw the mayhem and destruction of that night, as a metaphor for the loss of the idea of India, that once was.

On returning to the offices of ITV, which was still buzzing, senior producers, editors, and journalists were gathered around, absolutely stunned, not even trying to pick up the pieces of  whatever they had heard to absorb. There was a blast at the venue of Rajiv Gandhi’s public meeting at Sriperumbudur.  There was no news about him. 30 mins later, his white sneakers were found, with flesh in them. There weren’t any feet in those shoes.

It was 11.30 pm, May 21, 1991. India changed for this author. Journalism took a new meaning. ITV Editor Vivek Sengupta, mentor, guide, and source of inspiration, for an untold reason, took energy to be a sign of competence and pushed yours truly out into the hurly-burly of Rajiv Gandhi’s assassination coverage. The next week and the month was a whirl. From the death of a would-be Prime Minister, to the ultimate swearing in of a man who had put one and a half feet into the world of political retirement but resurrected himself in body and spirit, emerging fresh as a daisy to take India into the nineties, PV Narasimha Rao, was a hectic transformation.

While many images are frozen into frames for a lifetime, from the arrival of Rajiv Gandhi’s body (or what was left of it), some are etched literally into the soul.  At the VVIP arrival lounge, waiting for student Rahul Gandhi to arrive from Chicago after hearing of his father’s death was Amitabh Bachchan, Priyanka Gandhi, a very young girl and hardly anyone else. This reporter managed an entry into that space through sheer luck and some smart convincing. In the silence of the night in that quiet space, even a whisper could be heard. But there were no whispers except the shuffling of my colleague with his TV camera. There were no live TV channels then thankfully. That nation still wanted to know but got what they wanted from credible sources, albeit a little late.

From the tarmac into the lounge where we sat, emerged Rahul Gandhi, blank absolutely blank as he walked towards his sister who held him in an embrace, a hug that drew the roadmap for a political lifetime. The camera rolled, the only camera, “our” camera. To this day, there is no other still or video footage of that moment. Bollywood czar, Amitabh Bachchan, the soul mate of the family then, waited for the siblings to come to him and he escorted them away for some moments of privacy before facing the world after their own world had come crashing in on them.

India has changed. So has the Congress. Friendships have collapsed and new enemies and new alliances have flung the Congress from its foundation leaving it completely rudderless.

At the core of this decimation is the party’s moving away from federalism and decentralization. And while this is a countrywide phenomenon, the culture of the high command, delinked from the ground realities of Goa, taking judgment calls, and a weak ineffective leadership going by it has been the bane of the party and break down of the earlier robust political system where getting power and ruling states was a part of a strategy, not a prize that would, by magic, fall on the party’s lap.

When Rajiv Gandhi died, the nation rallied around the family and acted as guardians. So did the rest of the party, The Congress not only had leaders in the Centre but in each of the States to guide the party’s fortunes. Arjun Singh and the Shukla Brothers along with Madhav Rao Scindia and Kamal Nath in Madhya Pradesh, Hemvati Nandan Bahuguna and ND Tiwari in UP, K Karunakaran in Kerala, and strongman Sharad Pawar in Maharashtra. In every state there was an organization and a strong volunteer network and that of frontal organizations. The second line of leadership was also in place with the likes of Salman Khurshid in UP, Digvijay Singh in MP and Kumari Shailaja in Haryana, and many like them.

The Congress’ power resided in and came from the States. And it is there that it has lost itself and lost itself to India. On his 29th death anniversary the Congress leaders in Goa, if one can call them that, arrived at GMC to garland the bust of their leader installed there, among the very few places in Goa. It is unlikely that any of them, barring perhaps Luizinho Faleiro recalled the three key principles of Rajiv Gandhi’s governance - decentralisation, federalism and empowerment.

Instead, the Congress in Goa now has become a high command party. The spirit of regionalism, which is what federalism really is, was always the spirit of Goa, irrespective of which party ruled. In 1962 during Goa’s first election, there was the MG, UG and the Socialist Party. The Congress got no seats, but the State was represented by regional interests. Even during the long reign of Pratap Singh Raoji Rane, the strong regional aspirations of Goa were always on the table. If there is one factor which has eroded the Congress in Goa it is the moving away from the regional needs of its people and even when it was politically hoodwinked, it failed to go back to the people and rebuild its party on the need to cater to regional needs.

This is a countrywide lesson that stares the party in its face, and yet some States do not see the clue in the embers. In States where the Congress picked grass-root leaders as opposed to just popular leaders who were close to the center, it did well. Look at Bhupesh Baghel in a winning state Chattisgarh, picked over the royal TS Sing Deo. But in Madhya Pradesh, when the grass-root linked, though royal Jyotiraditya Scindia was sidelined and Kamal Nath, closer to the high command was picked, the ruling party disintegrated. In Maharashtra, its weak link Balasaheb Thorat failed to lead the Congress to a winnable position when this was their best chance. But in Punjab, grassroot boy Sunil Jhakar resurrected the party after Gurdaspur strongman Pratap Singh Bajwa was moved out.

The Congress has failed in States like Goa when it failed to be a force multiplier of opposition sentiment.  It has succeeded when grass root leaders have nurtured opposition sentiment. To make power a strategy and not just a hope, you don’t just need regional parties, you need parties which carry the hopes of the region on its shoulders and works on fulfilling them as a strategy to get power and transmit it to the people. When national patties fail to do it, the space for regional parties is automatically created.

On the campaign trail in 1991, after Rajiv Gandhi’s funeral, when PV Narasimha Rao and Sharad Pawar took on the reigns of the party campaign and crisscrossed the nation, with a grief stricken India promising to bring the Congress to power, this reporter clearly saw a pattern in their speeches and promises, to bring the idea of giving power to the states and their local aspirations the forefront of the government’s policy.

We may be one India but we have different dreams, each linked to the local land we are born or where we chose to call home. Protecting our identity, our land, our community systems of governance, our traditional occupations and preserving a way of life which made us self sufficient, is a call we want to hear. It’s a regional call. The Congress needs to hear these voices as well as keep the company of those forces which espouse real Goan feelings.

Or else it will continue to stare into the darkness, as the young boy who returned from Chicago, after his father’s assassination, did at the airport, not knowing what the future held. India held him then. India does not hold him nor his party now.