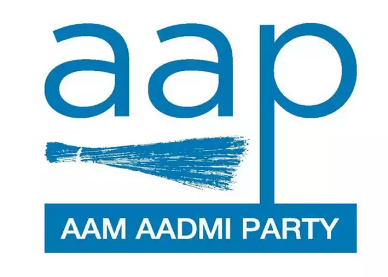 Poor administration and the misplaced priorities of its political leadership have thrown the state of Goa into disarray. At this time, when a strong opposition is the state’s only redeeming prospect, things finally seem to be looking up. In the last few months, the Aam Aadmi Party has been steadily emerging as a stronger political entity and is finally stepping up to fill the opposition space in Goa with its renewed leadership and realigned strategy.

Over the last few years, both the AAP and the Congress have done little to establish themselves as a formidable opposition in the state. Both have been plagued with organisational issues, and failed to capture the imagination of Goans. While the AAP initially fell short of expectations, Congress betrayed the mandate given to them by Goans as a majority of their MLAs shifted loyalties to the BJP. As a result the ruling party and leaders have been let off lightly, shrugging off their responsibility towards Goans.

While the INC has been decaying under its current leadership, AAP’s Elvis Gomes had managed to dilute the organisation in the state under his pernicious management. Under Gomes' watch party enrolment in Goa has stagnated for four years, which was reflective of lack of direction and initiative. Meanwhile thousands of existing AAP volunteers in the state were sidelined and rendered inactive. Gomes’ strategy to defeat the BJP seemed to be conducting press conferences, none of which has had any impact. His entire focus seems to have been just to build the party around him and marginalise young leaders. Sidelined by Elvis and his immediate circle of leaders, disgruntled AAP members in Goa formed many offshoots.

While the INC is also plagued by similar issues, they are showing no resolve to fix these and are instead rewarding this factionalism. On the other hand AAP, at long last, seems to be getting their house in Goa in order. After dismantling the BJP in Delhi and decimating Congress, Arvind Kejriwal's Aam Aadmi Party has turned its focus on Goa, but with greater seriousness than ever before. Recognising its foundational issues, AAP recently replaced Elvis Gomes with Rahul Mhambre as its Goa state convenor.

In the last two months, AAP has shown signs of getting into the thick of Goan politics. This rejuvenation began with an Oximeter campaign. The campaign has now reached over 1 lakh households in the state, a major feat that has rapidly built positive sentiment for AAP in Goa.

Under Mhambre, who has been personally going village to village, the party has been reaching out to prominent local leaders, integrating them into the party's long term plans for the state. Mhambre has emerged as a dark horse who seems to understand that the success of AAP in Delhi came from its ground connect with people and not just studio appearances.

The AAP, for now, is emerging to be the only party that can swing both BJP and Congress votes in the state. While Goans can be hopeful that a strong alternative can bring change in the state, what still remains to be seen is whether a new opposition can finally drive good governance in Goa.