COVID-19 cases drop, but no room for complacency 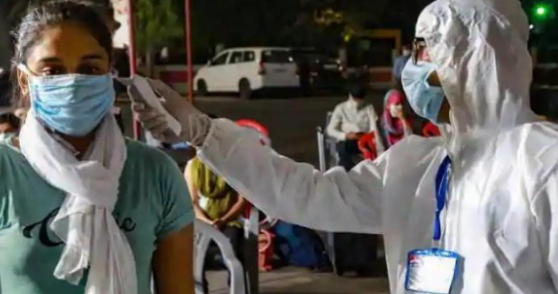 The good news in the past few days has been the steady drop in the number of new COVID-19 cases in the State. Over the last few days Goa even saw the daily new cases fall to double digits for a couple of days, before the numbers again went up to three digits. The active cases are in the region of 1500 and the recovery rate is in the high 90s. The total confirmed cases, however, have crossed the 46,000 mark, which means that over three per cent of Goa’s population has already been infected by the virus. There is little that Goa can do about this statistic now, but given that the State has managed to bring down the number of new cases, it has to now ensure that fresh infections do not rise again.

Goa’s COVID graph is following that of the country, as cases are also dropping across the country. From a daily high of around 98,000 new cases, the number has dropped to below 30,000 a day, a figure that just a few weeks ago would have appeared impossible. Goa’s rise was similar to the rest of the country, as it rose at a steady pace until September and then increased swiftly, before tapering. In contrast, Europe that saw cases drop during the summer is currently in the grip of a second wave of the virus, with cities and countries in that continent imposing lockdown restrictions again in attempts to stop the virus from spreading. The virus in European countries is now spreading at a much faster rate than it was earlier this year.

Having brought down the new infections, can it be kept at this level or brought lower? At the all India level it has to be brought lower, so the challenge is not over and the restrictions and guidelines on prevention should continue. There is no explanation – official – being offered for the decline in new infections, but experts are of the view that India could have passed the peak of infections, with the susceptible population already exposed to the virus and so it is now on the decline, but there are also warnings that the second wave could hit the country at any time. That is what epidemologists fear could happen and what should be avoided if possible.

In Goa, it is imperative that the spread be kept to the minimum possible. The past weekend has seen increased social interaction, which hopefully will not have hastened the spread of the virus. Large congregations of people have to be avoided and the policies of wearing masks, keeping distance, washing hands and testing should not be relaxed. The virus is still there, though it may have become less virulent, but there is no guarantee that it cannot or will not strike again. Importantly, as is being seen in Delhi which now has a rise in cases, the pollution levels could be playing a major role in the spread of the virus in the national capital.

The firmness with which the guidelines for prevention of COVID were followed have to continue in order to keep the spread down. Schools in Goa will soon reopen for Classes X and XII, while the postponed Zilla Parishad polls may also be held later this month or in early December. The ISL is scheduled to be played completely in Goa. Tourism has restarted and domestic tourists have been coming in regularly. The tourism high season is due in a few week, but Goa cannot afford to turn complacent at this point of time. The State has to be as alert to the spread of the contagion as it was in the months prior to this. Any lowering of the guard can only invite disaster.