Can AAP provide an alternative in Goa? 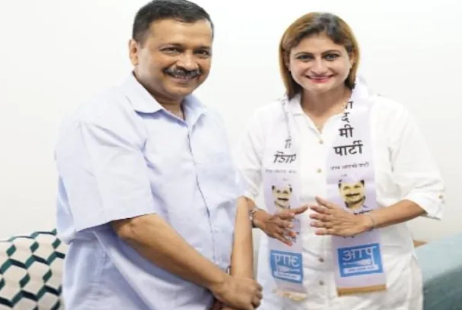 The opportunity for Aam Aadmi Party to provide a viable alternative political ruling party in Goa has never been such a big one as at the present moment. With rank bad governance and flouting of all norms by the ruling BJP government in Goa, the Aam Aadmi Party has a very clear chance if they negotiate in the next one year to lead Goa out of the political mis-governance which we are in now. The most crucial task of all these would be to project, while nurturing, a leader with charisma and dynamism who might be able to win over the votes of the electorate in Goa at the present moment. The idea that the Aam Aadmi will be able to provide the vision that late Manohar Parrikar had for Goa, is a ruse which will probably be accepted by disgruntled BJP cadres as well as crystallise a break up in the BJP which would be the most important step in trying to break the back of an already beleaguered BJP, which is probably on the way to splitting in Goa.

A chief ministerial candidate who can draw support towards the AAP is the single most onerous task facing the AAP, if it can harbour ability to be able to accumulate dissent from other parties especially the BJP and the Congress. It would also be pertinent that the other smaller parties which are well managed like the GFP, NCP and MGP will prove to be a bigger hurdle since they may be more united and compact. It would be prudent for the AAP to take up at least one core issue in each of the 40 constituencies and to rally around support for themselves on this basis of grassroots fundamental issues.

With several big issues like the opposition of the people of Goa to the three linear projects at Mollem, the coal issue, the CZMPA, the mining issue and a host of other major issues, there was never a better chance now than before for the AAP to wrest the role of a cohesive alternative from Goa. AAP has the distinct advantage of being in power in Delhi, where despite a harsh environment politically, the AAP has acquitted itself creditably and the same model can be replicated in tiny Goa with ease, if a very compact and efficient administration can be cobbled up in the next one year, which will be crucial. Under a decisive leader and with promises of doing away with so many anti-people projects, the AAP can be the most viable alternative because of its experiences in the capital city of India and disenchantment in Goa which is now at an all time high.

Fundamental issues in Goa that have to be addressed on a priority basis can catapult AAP into the limelight in Goa since it must be admitted now that both the BJP and the Congress have failed to deliver and for which Goa is on the cusp of hardships which the masses are incurring due to mismanagement.

The AAP will have to work like missionaries and social workers and be able to be much more effective and efficient than the two main other parties in Goa. In fact Goa is badly in need of an alternative and the AAP could be that one party that Goa needs badly to turn around the fate of this ailing State.