Can the government deliver on jobs?

To an extent, the government does appear to have achieved its aim of hiring thousands of people to fill in vacancies in various of its departments and other arms. 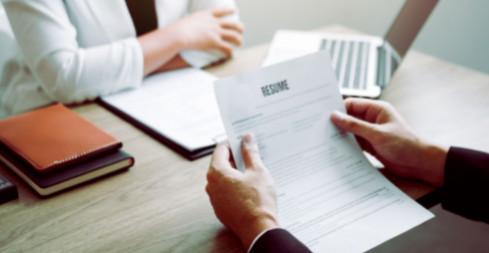 After promises of filling up vacant posts, the process to take in new staff was started in June last year. The recruitments have not touched the figure of 10,000 that the government had hoped to meet, but approximately 6000 new personnel are now in government service, of which around 10 per cent received the offer letters mere days before the election code of conduct came into force. The election announcement halted the hiring spree and some 1050 recruitments are now in abeyance.

The process, however, has not been without controversies. The government first had to lift the ban on recruitment that had been place in November 2016 due to the tight economic situation at that time. The economy has not improved much, and questions were raised as the salary bill would increase but politically hiring made sense. Then, the recruitment of 360 candidates for posts in the Public Works Department (PWD) have been kept on hold following allegations levelled by the opposition parties of corruption in the process and a vigilance inquiry has been ordered. Until such time that the inquiry report is completed, the process will remain at a standstill.

It was clear throughout the past months that the massive hiring that the government was undertaking was with an eye on the elections which are now scheduled for February 14. Lack of jobs has been a constant complaint from the youth and it had to be addressed. For the government, packing its departments to capacity with new staff as it failed to create jobs in the private sector appeared to be the easiest solution. Employment is a major issue that plays on the minds of the people, especially during the election season. Past surveys have shown that this is a priority and sometimes even outweighs the performance of the government. There is a job crisis in the State, that has been made worse by the pandemic induced lockdowns and restrictions.

It is clear that the opposition parties will use the unemployment situation to pin the government on the mat during the campaign. The recruitments that have been completed and the others that are in process may serve as arguments to ward off the posers on this issue. But unemployment is a grave issue that has to be considered seriously and goes beyond mere politics. As per the Centre for Monitoring Indian Economy the State’s unemployment rate in December was 12 per cent, which was higher than the all India rate of 7.91 per cent for the same month. According to the statistics of the centre, Goa’s unemployment has been in double figures many months of the past year. Goa has to bring down that rate and stabilise it so that it does not oscillate every month as it has in the past.

The new government that takes office in March will have to give its undivided attention to the issue of unemployment and find means to get the private sector to create job opportunities. This will have to be one of the priorities of the new dispensation. As pointed out by the chief minister in the past, it is not possible for the government to give jobs to all aspirants. But it definitely is the task of the government to create conditions for investment in the State so that industry can employ the vast army of youth that is looking for jobs. Goa definitely needs a labour and employment policy that is focussed on the available manpower and links it to industry that can employ Goans. Can the next government deliver?