Can we hope for unity at ensuing Municipal elections? 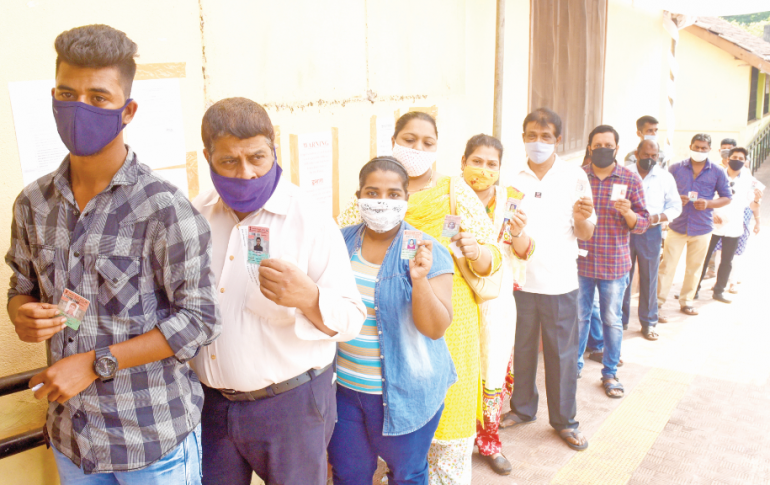 The ruling Party in Goa has enough reasons to celebrate after its resounding victory at Zilla elections and now at the Municipal ones, where, surprisingly, far from being trounced, they managed to hold on to some Municipalities, by small margins, few seats or by claiming victory, though elections were not held on party basis. Where they haven’t succeeded, they soon will, being one of the world’s richest political parties. Results shocked many, as agitations against the Government on various issues, signalled discontentment. Perhaps those of us who rightly feel that the Government is on a destructive spree, have failed to convince the electorate that our rulers are on this deadly official mission, which will eventually turn into an irreversible catastrophe for Goa and Goans. Voters may have other considerations while exercising their franchise, but unpardonable is the attitude of the elected.

Goa, always notorious for the number of Judasses among the elected, seems to have touched the climax with the happenings in Curchorem, where the very people, who voted, in secret ballot, for the Chairperson, an hour later, submitted a no confidence motion on him. We couldn’t have sunk further! What spineless and characterless individuals are we electing as our representatives? Sometime back, our own CEO while referring to an Opposition candidate, not only ridiculed him and questioned his integrity but wondered why the opponent Party couldn’t have chosen a candidate other than one who faced charges under all possible sections of the law! No doubt, he was right, but a few weeks later, he embraced him as he defected to his party and perhaps dumped the charges in a waste bin, now hanging on the traitor’s head until he decides to defect again.

Recently also, someone while accusing the Government of Kerala of betraying its people as Judas did to Jesus, was obviously familiar with Judas’ name as he encourages and embraces Judasses, but not with Jesus Christ’s, whom he referred to as Chris.

It is indeed sad that democracy earned after a long struggle is being murdered by elements associated with an outfit, which never participated in the freedom movement. Shocking is that institutions, which are supposed to be independent, have been severely compromised and are carrying out raids, presumably at the behest of the Government, on Opposition candidates or those unwilling to surrender into submission, exactly on election eve, whereas those accused by BJP itself of grave charges of corruption are being absolved, for the moment, once they join the Party. BJP has been in the game of destabilising State Governments and have succeeded in some. Like a washing machine, it has washed sins of corruption and scams, including those of three prominent TMC leaders in West Bengal involved in a chit fund and another sting operation, who are now comfortably sitting in BJP.

The Election Commission, which attained some fame and dignity during TN Seshan’s tenure as EC, is now being accused of being a paper tiger ever willing to do the Government bidding along with the central forces, deputed to various election bound States. Whatever is happening is indeed utterly shameful and it is a wonder that BJP goes about it with such brazen arrogance, without even a semblance of decorum and decency. In Assam EVMs were found in the car of a sitting MLA and BJP candidate’s wife and in a booth with 90 voters, 171 votes were cast. These could be stray incidents, but such malpractices only strengthen doubts which are often raised about EVMs and election results.

Goa will shortly elect five Municipal Councils, amid the panic of spike in Covid cases, resultant partly from violation of protocols at large gatherings, market places, etc, which the Govt is least bothered to curb. The CM, himself, appeared without mask on various occasions, even unabashedly beside the Chief Justice of India, who was wearing one. The turnout at our booths may be poor, if senior and sickly people opt out. But, as far as possible, let us not abstain but make a small sacrifice and vote to defeat the ruling destructive forces. Voters in many towns, including the capital, have already let us down very badly, thus giving an impetus to the divisive and anti-Goan elements bent upon foisting their nasty and unacceptable agenda aimed at destroying our health, lives, livelihood and all that is dear to us, solely to oblige a few magnates who wish to control our economy with the help of our rulers.

It was expected that having learnt lessons from a party which is determined in going ahead with its projects and plans, giving a damn for the interests, feelings and apprehensions of the people, the Opposition would make serious and all possible efforts for unity. However, this seems to be a distant dream as is unfortunately being witnessed in my own city, Margao. Bad news is coming from unexpected quarters. Possibly disunity is in our DNA. Apparently, a constituent’s allegiance to NDA has been one of hindrances. Propping candidates to split votes is an old and favourite game being played, as people falling for a few notes are never wanting. Sad that even after recent disturbing results, we seem to be gearing up for another disaster. If we can’t unite for Municipal elections, can we for the important Assembly?

Fellow Goans, we are perhaps oblivious of dangers lurking over us. Unity requires compromises, shedding egos, forgetting hurts, money, selfishness, our own interests, for a greater cause. But we must have it, at any cost, if we have to save what is left of Goa. If we don’t, it will be to our eternal regret and upcoming generations will never forgive us. Can we live with such a remorse?

(The author is a retired banker)