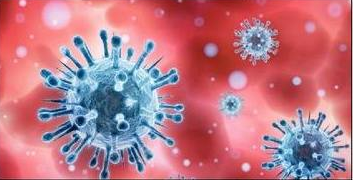 I being a Microbiologist, have been immensely blessed, for my 50 years of association with the microbes. I have had the best period of my life during both, the lockdown as well as the unlock countdown, totally free of fear and panic; I have shared both using social posts as well as in print in India and in the foreign magazines.

Handling bacteria, fungi, yeasts and viruses as a student, research scholar, professor as well as a visiting scientist, has exposed me amply to smallest viruses under 90 nano meters, seen under the electron microscope to large colonies of bacteria, yeasts and fungi on culture media, appearing a few millimeters on a petri dish.

Of course, viruses could not be handled in Goa very freely as these fastidious organisms only grow on living cells hence, bacteriophages, which prey upon bacteria and pox causing adeno viruses are the best, I have been able to handle in Goa.There are many places across India in other states, where viruses are routinely cultured on egg embryo and cell lines of tissues of animals, plants or other human organ tissues in the laboratory.

Sadly, Goa had the worst of the present pandemic as the politicians and bureaucrats preferred to go by Central government operating protocols which were standardized across the country, which actually is large, diverse and complex as the entire Europe.

In my articles published in this paper over the last 6 months, I have detailed out all about the faulty protocols applied in this salubrious, and tranquil state by the government of the day, thus making Goa a ‘hot spot’ of the pandemic with the highest percentage of both  morbidity and mortality. In one article dated September 17, I have scientifically spelt out about the need of us understanding the immunological principles to keep Covid-19 at bay and comprehending the human innate, passive, acquired immunological responses to counter the viruses. In another article, I fully explained and justified that natural vaccines afforded by Mother Nature is the best way forward and I minced no words to stress that masks, in tropical climate results in carbon dioxide toxicity effects in our nose, pharynx, larynx and the lobes of the lungs. I had stressed that the humidity in Goa, not only results in depleted oxygen supply to the patient’s body, but the cellulose in the fabric results in biofouling and biofilms making the mask wearing a recipe to comorbidity, resulting in skin, nose, throat and upper and lower respiratory tract infections, due to tropical humidity. How silly the people of Goa behaved is evident from the fact that they used toxic sanitizers with propyl alcohol, methanol and a variety of toxic chemicals to wash hands, resulting in blisters and invasive wounds on hands, facilitating microbes to freely enter and activate toxicity of both chemicals and microbial virulence.

As a microbiologist, I found it very hilarious and silly to witness public trying to sanitize all and sundry, but I can safely say that over the 6 months most of the viral and bacterial infections in Goa were through the cellulosic fibres found in masks, paper napkins discarded as well as from currency notes most frequently used. During our studies, my teaching and research career, I have isolated and encountered high proportion of virulent microbes on Indian currency notes, which are amongst the dirtiest and loaded with a variety of microbes.

Is it not amusing to see that currency notes and newspapers were freely shared and exchanged, let alone other commodities responsible for the spread of the epidemic.

The polysaccharide, beta-D-Glucose in paper or fabric is extremely safe for the liposaccharides of the cell wall and membranes of germs to attach and initiate infection on damaged skin due to dehydrated epidermal cells due to sanitizers thus facilitating microbes free entry into the body. For me to avoiding magazine and disinfecting currency and using it scrupulously was as challenging, as I shunned to  lower my immunity wearing mask and using toxic sanitizers, in humid and oxygen deficient Goan monsoon climate. Yes, one must also realize that throat infections, gingivitis, sore throat and dental carries accentuated and gave the Goan medical fraternity a lot of challenges in our state.

Within 10 days of infecting, these secondary invaders cause mortality due to septicaemia and inflammation. These secondary invaders release toxins and the oxygen supply to the lungs is depleted, leading to organ failures, blood clots and brain damage too. spike proteins and these nucleotides are found in most arbo viruses which cause disease like viral pneumonia and found also in pets as a normal flora, and sometimes responsible for zoonotic diseases. GMC also requires qualified microbiologists to assist the frontline workers, who appeared to be exhausted without ancillary support, which is the need of the hour.

Goa has a long way to go before the second wave shows up. In the meantime, Goans must make sure that immunity is boosted by healthy balanced diet rich in Vitamin C, D and minerals. Attack is the best form of defence. Staying in quarantine and loneliness will only lead to depression, confusion and mental distress, but suppress our immunity due to lack of sunlight, fresh air and activation of our immunological responses.

We have to allow our body defence systems the chance to challenge the viruses and produce antibodies and leucocytes by natural methods and mechanisms or else our body will be a sitting duck when the actual virulence strikes.

Next article would cover, “The era of Genetic Engineering and Covid.”

(The writer is a Retired University Professor and an Environmental Activist)