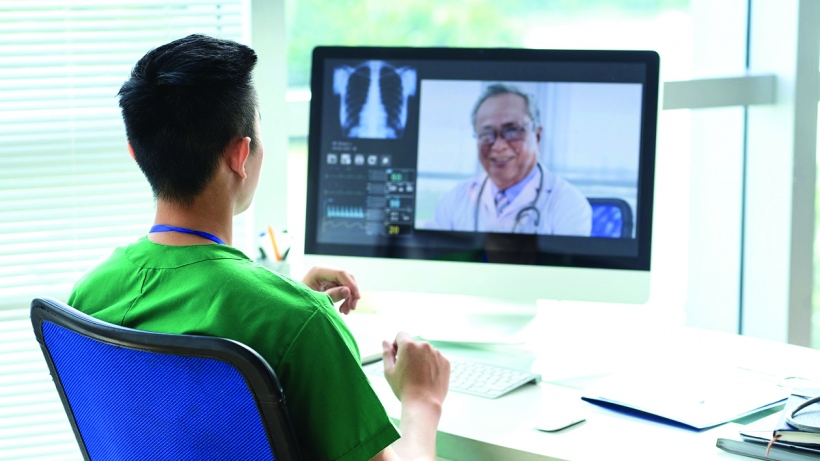 The Covid pandemic dramatically thrust both these issues into public domain. My encounter with digital healthcare occurred with the Covid vaccination certificate. My second dose, was erroneously recorded as the first dose; and therein started a nightmare. The “merge certificate” option on the website resulted in a “corrected” certificate showing both doses received on the same day! Such instances raise questions about our preparedness to implement “digital healthcare” on a national scale.

Healthcare fraud is not restricted to cyber attacks alone. In 2016 WHO reported that 57.3% of those practicing allopathic medicine were unqualified quacks. A report in 2001 said that barely 20% of those who practiced medicine in rural India had any medical qualification; many educated only up to Class 12. Quacks regularly perform surgery for piles and fistulae, treat fractures (bone setters), and even perform transplant surgery. Till he was eventually caught in 2008, Amit Kumar of Gurgaon performed kidney transplants for many years. Often those who do get caught promptly get bail, pay a fine and carry on, like the 1500 of the estimated 50,000 quacks of Tamil Nadu. It is believed that as many as many as 70% of all sexual dysfunction patients go to quacks who don't have any medical degree.

Digital technology presents many practical difficulties as aptly demonstrated by the disaster of on-line classes for school children during the pandemic. Unreliable or non-existent connectivity, lack of steady power supply, and inadequate equipment reduced online education to a farce in most of rural India where over 70% of our population resides; and precisely the population that would supposedly benefit most from telemedicine and digital healthcare.

What is the status elsewhere? There is an almost universal desire to implement the technology; not always with satisfactory outcomes. The EU adopted the e-Health Action Plan for 2012-20, and various data protection directives and regulations issued to popularize the use of telemedicine. The NHS in UK was one of the first to use digital technology to make patients records accessible to doctors across the country. It failed on two counts; the doctors did not trust the system and the question of data confidentiality was believed to be inadequately addressed. Finally abandoned in 2011, it remains the most expensive failure in IT history.

Consultation with a doctor starts with an introduction, history taking, physical examination, investigations including a review of past records, diagnosis and finally a treatment plan. The follow-up consists of a review of the investigations ordered, and an assessment of the efficacy of prescribed treatment. It is the physical examination that remains the most difficult and contentious issue. The value of the human touch cannot be overstated both in terms of clinical relevance as well as reassurance to the patient. The potential for doctors to misdiagnose patients with potentially serious and life-threatening conditions undoubtedly increases with consultations over the internet. Examination of children would be particularly difficult in this context, and raises both ethical and medico-legal issues.

In India the situation remains totally confusing. In April 13, 2019, Bombay High Court has declared that telephonic medical consultation cannot be criminalized. The Karnataka Medical Council declared it unsafe and the President of the council indicated that the Council could initiate action (including cancellation of registration) against doctors who take up online consultations. This ensued from a complaint filed by the Bangalore Dermatological Society, against a newspaper advertisement by a company inviting doctors to join as their online consultants.

Online medical consults in India have no regulatory authority from the state or central medical bodies like the Medical Council of India (now NMC). The Indian Medical Association (IMA) had asked for precise guidelines regarding the matter of telephonic medication and online consultations from the NMC, as it considered the practice unlawful and unethical. The then national president, said that all doctors in Maharashtra had been told to refrain from offering consultation without having first physically examined and diagnosed the patient. It is most useful for repeat prescriptions for chronic illnesses like diabetes and hypertension. Yet many websites and apps in India continue to provide this facility despite the lack of regulations. It is therefore important to weigh the potential risks against the convenience such a system may offer. Undoubtedly it can help a patient, including pregnant women, to understand a medical condition, provide emotional support and help cope with problems. But, when something goes wrong there will be a knee-jerk reaction by both the patients and the police with the risk of the criminal prosecution of doctors, and even violence.

At present, because of the lack of legal standing, there is a high possibility of accusations and findings of negligence by a legal forum. Doctors therefore need to take cognizance of this fact before offering their services to this form of practice. We must learn to crawl before we can walk or run.

(The author is a founder member of VHAG.)