Do it behind a tree, says ODF Goa 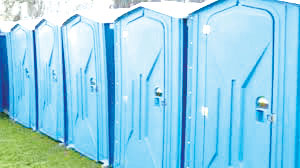 One more Women’s Day goes by, marked by the usual greetings from politicians, commercial hoopla, and celebrations of Indian women, especially ‘successful’ ones. All of this, when compared to the fact that India ranks among the worst countries in which to be born a woman, looks like schizophrenia. But it’s not. It’s just caste, which means one thing for you and another for me.

Look at Goa. A lot of people – especially elite Indians flocking to Goa – see Goa as different from the rest of India. And maybe it is, in some ways and for some women. Not for many others, though. Like, how many people know that the sanitation staff of Panjim’s municipal corporation (Corporation of the City of Panaji), many of them women, are not provided toilet facilities? The CCP elections are due later this month, with many women’s reserved seats and women candidates – but is anybody talking about such failures? But then, these aren’t considered ‘development’ issues, right?

These cleaners work from early morning to evening, with a lunch-break in-between, but do not have access to toilets at their workplace, which means the streets, pavements, and public open areas they clean – unless there is a public toilet right there, or someone allows them to use a private one. In the absence of these, they say, they are not allowed to break work to visit the nearest public toilet. ‘Just do it behind a tree,’ say their supervisors. Since this is usually impossible with people moving around nearby, these CCP employees – especially the women – control the urge, try to avoid drinking water, and wind up with urinary infections and worse.

Thus you have a government celebrating Women’s Day, while advising its own women staff to urinate/defecate in the open, that too in the State capital. No wonder we have a Chief Minister with the gall to first lie, a couple of years ago, that Goa was open-defecation-free (ODF), and then, when people protested, to admit his lie – and lie again, this time that it was only ‘outsiders’ who relieved themselves in the open. Not surprisingly, this lie was called out too, with Goans from Pernem to Sattari and Canacona asking him to check out things in their villages.

It is notable that people without toilets are usually people without legal rights to the land they live on, and therefore no right to build toilets. And these are not a random cross-section of people across Goa, but almost always those at the bottom of the caste ladder, who were denied land historically, lived on land controlled by others, and continue to be at their mercy.

This caste tradition continues. Thus, the instruction to ‘do it behind a tree’ is not for all government staff. Would the CCP ask its Commissioner or the CM himself to relieve themselves behind a tree, if they needed to while at work? No, nothing less than the best facilities would be provided for them, at public expense, of course, and no problem at all if they take off in the middle of duty for such a vital personal need. Take your own sweet time, would be the general idea.

Inhumane treatment is reserved for those considered ‘low’. This is how the hierarchy within government service works – even though the Constitutional requirement is of equality and justice to all, and it is precisely the government which is supposed to uphold and enforce this. Thus, although everybody in the government is called a ‘public servant’, the reality is vast differences in salaries, facilities, and even basic human dignity.

Dignity is a critical issue here, because urination/defecation in public is not just physically uncomfortable and unhygienic, it is demeaning and can result in public humiliation, even physical violence. It is not uncommon to hear members of privileged sections of society abusing people relieving themselves in public as filthy, uncivilised, anti-social, etc, without bothering to find out if the person concerned has a personal toilet, or access to a clean public one. Two children were even recently killed in Madhya Pradesh (supposedly ODF) for defecating in public; it didn’t matter that the children had no access to a toilet, and the ODF tag was thus false. That all this doesn’t bother the CCP bosses shows how little they respect their own staff. Indian elites pride themselves on ‘purity’, but this has no connection to ensuring sanitation facilities for all; all it means is invisibilising the ‘impure’.

There are plans to make Panjim a Smart City – will such basic facilities be provided at least then? Not in India’s version of smartness. Here, it just means doing casteism better. Like in north India, where Swachch Bharat smartness has seen municipalities adopting high-tech means – ‘smartwatches’ with camera, microphone, GPS tracker, and SIM card, to be worn on the wrist – for complete surveillance of their sanitation staff through the day; the latter now fear to talk or take toilet breaks during working hours, since their salaries can be docked for slacking work. Imagine how useful such smartwatches would be if used by the top people in government – the public might actually find out how much they work and for whom. But no, such inhuman surveillance is only of cleaners.

Lack of toilets is of, course, not the only problem of the CCP’s sanitation workers. In the civilised world, such workers wear complete body suits to protect their health at work. Here, in India’s richest state, they are not provided even masks or shoes. They are supposed to be provided gloves, but some say they buy them themselves. Some even buy their own brooms and baskets. Compare this to their colleagues in government, enjoying everything from air-conditioned personal offices with attached toilets, to official chauffeur-driven cars.

But wait, those are ‘high-level’ staff, and we are a caste society. Thus, although all are ‘public servants’, some are really kings and others slaves. Women’s Day or not, Smart City or not, CCP elections or not, this tradition has to be maintained.

(Amita Kanekar is an