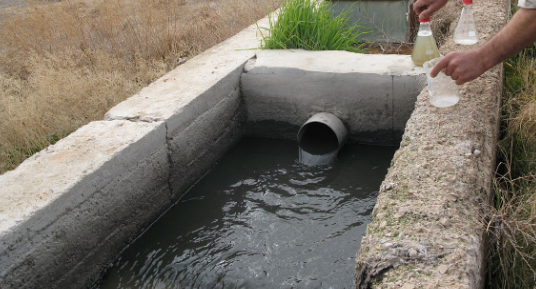 In the initial days of the Covid pandemic, various studies were carried out around the world on the wastewater let out from houses, to get a clue of the extent of prevalence of SARS-CoV-2 in the community. One day, as I was reading about such studies, I got a call from my friend - a former colleague of mine - who shared an interesting experience on how waste could suddenly become important.

A Chemical engineer, my friend had joined a fertiliser factory under construction in Punjab, in the late seventies. He was coordinating the installation of a series of tall, metallic tanks. A Japanese engineer was also there to supervise the construction.

Inside the tanks, they had to place large sized stainless steel plates at equal intervals in layers, right from the bottom to the top of the tanks. My friend noticed on the corner of each plate, a small metallic label and asked the Japanese engineer why it was provided.

The Japanese explained that each label had a number and an arrow mark. Thus, by reading the label, the plate could be placed in the right tank, in its right position and right direction. By following those details, they completed the installation of five tanks.

For testing the tanks, water was injected from the top of each tank. But the water was not flowing freely from top to bottom. Somewhere, it was getting obstructed. When they opened the bottom of each tank, they found out that a lot of junk material had collected at the bottom mesh in all the five tanks and this had blocked the flow. They removed the junk and were about to dump it into their waste yard. But the Japanese engineer advised, “Don’t throw away the waste. Keep them in a separate place.” My friend was surprised as to why the waste had to be preserved.

In the next couple of trials too, they faced the same problem of water flow getting blocked at the bottom of each tank. They became suspicious and examined the waste collected. They noticed that the labels fixed on each plate had come out along with the water flow, had accumulated at the bottom as junk and blocked the water flow. They went back to the installation procedures which said, “After installing each plate, the label has to be removed.” Alas, they had not noticed this earlier.

These were sticker-type labels and they had made a major slip in not removing them, after fixing each plate. The Japanese engineer too had overlooked this aspect. However, he now swung into an immediate rearguard action.

He asked the team to take out all the labels dumped in the waste area. They made a chart, tallied the labels that had come out against the total number of labels. They could find out exactly how many labels still had not been flushed out. Only a few labels were remaining. They could zero in on those sections, remove the remaining labels and solve the problem.

If they had not properly stored the waste collected, all the plates in all the tanks ought to have been taken out and that would have meant a massive re-work. They learnt many lessons but the most important one was –never take waste for granted.