A veritable whiff of fresh air

Early last week, at a time when COVID patients across the country have been gasping for oxygen, came the news that the lungs of Goa may just get a new lease of life. 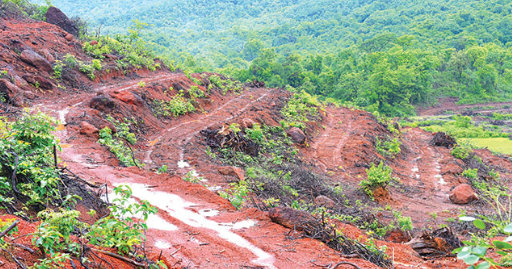 It was to the environmentalists in the State, who have been fighting to save the forests of Mollem, a veritable whiff of fresh air, and to the many who were concerned that thousands of forest trees would be felled for three linear projects a reassurance that the forest may still stand for the generations that come to enjoy. May, because what has come is a recommendation. It has still to be accepted, and only then will it become a fait accompli.

The Central Empowered Committee appointed by the Supreme Court in its recomendations on the three linear projects have recommended the cancellation of the South Western Railway (SWR) doubling of the line project, shifting of Tamnar power line wherein the present alignment will be rejected and the new one will be taken to the existing 110 KV line; and has recommended an Environment Clearance for the national highway expansion project that currently doesn’t have it. It is a major setback for the government that had been strongly backing the three projects despite a sustained protest against them. The protest have primarily been because the three projects would result in thousands of forest trees being cut. (See our Review Section for complete details)

Goa Foundation’s Claude Alvares has described this as the best possible news. For the green movement in Goa it most definitely is news that it has been eagerly awaiting. The Western Ghats are to be protected and while the report of the Central Empowered Committee will be acknowledged for this, there were also those tireless environment crusaders who made it possible. For Goa Foundation, this is yet another victory to chalk up on their scorecard that over the decades has more tick marks than crosses as their battles for the environment bring success to them and succour to Goa. While Goa Foundation worked in the courtrooms for this, on the ground it was various groups like Save Mollem, Goencho Ekvott, Goencho Avaaz, Goyant Kolloso Naka that created the awareness of the environmental damage that the projects would create.

The most telling comment in the report is perhaps this: “CEC does not find any justification for undertaking a project of this nature which will destroy the fragile eco-system of the Western Ghats which is an internationally recognised biodiversity hot spot and also one of the most important wildlife corridors of the country.” This is what the groups fighting for the environment had been stressing on over the past months but their voice had been falling on the deaf ears of the government that insisted throughout the agitation that the projects would not be shelved. Now that the Central Empowered Committee has made its recommendations, will the government change its view on the projects? Till now the State government has been silent.

At Herald, we too do not find any such justification in the projects cutting through forest land and this has been evident to large sections of the people who believed that the linear projects would be disastrous to the Mollem forest. Unfortunately, there were also many others who were not convinced that what the environmentalists were saying was true. Will they change their views now? The report of the Central Empowered Committee is not just excellent news for the Goans who have struggled to save the Mollem forest, but also for the fauna that prowls through this jungle and the flora that grows there. They don’t have a voice, so those with one had to stand and speak for them. It is the animal habitat that development would be encroaching upon, now hopefully that will not occur.