Another loss to recover, but is government willing? 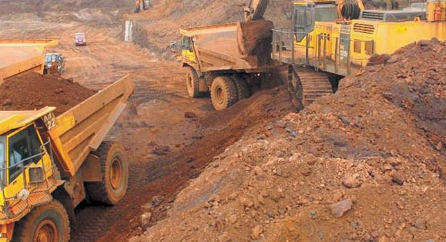 As Herald digs deeper into the mining issue, it unearths more instances of how the government is unwilling to take action to recover the mining losses or loot that have accumulated over the years. As the figures of the losses keep adding, the total amount that needs to be recovered also keeps growing proportionately, and the government is taking no firm steps to see that the money is deposited in the State treasury. At a time when the government is facing a massive financial crunch – even borrowing by way of sale of bonds – any extra revenue would greatly aid the admnistration. Why then is there no move to raise this money from the mining firms, when it would help meet the government deficit?

The case that Herald has now discovered pertain to seven companies that came forward to effect payment of royalty on iron ore recovered from rejection dumps and that was sold. They admitted during the final stage of compilation of returns that the ore sold had not been considered and went ahead and paid the royalty and the interest applicable on the ore after it had been disposed of. What, however, was not done by the companies was disclose the quantities of the ore in their monthly returns. From RTI documents sourced, there is a note by a mines official that points out that in a similar case the Comptroller and Auditor General (CAG) had remarked that failure to disclose the real quantity produced by leaseholders was unlawful and that the government could recover the entire sale value of ore, and not just the royalty. This note further states that in view of the Supreme Court judgement of February 2018, the State may recover the price of mineral sold.

But this has not been done. The government is yet to act on this suggestion and recover the price of the minerals that have been sold. Until now the file on this case has merely been circulating among officers and politicians without any decision being taken. The diffidence in recovering the money, despite the courts also stating that recover of losses should be expedited, is in itself revealing of how the government aims to protect the sector in the State.

The government has never shown an inclination to recover the mining losses. It is now eight years since the Justice M B Shah report exposed the illegal mining scam in September 2012 and the government immediately stopped mining operations in the State. Several cases and judgements after that and the sector is yet to restart operations. A new season will commence in a few weeks, but there will be no mining operations taking place. That is now an accepted fact, so there will be no new revenu coming from this secotr. In the light of this, can the government explain the delay and hesitancy in recovering the losses?

Herald has periodically raised the issue of recovery of mining losses and questioned the government on the delay in the process. The long delays in taking forward the process to recover the losses suggests that the government is either not interested in the money or is shielding those who were involved. This money, however, belongs to the people and has to be recovered by all legal means. If it isn’t then the government needs to explain to the tax payers, giving valid reasons, why it is not doing so. There is no reason why just a few mining firms should benefit from this government inaction and the people endure public debt when these loans can easily be wiped out of the mining loss is recovered.