COVID-19 vaccine announced, how safe is it? 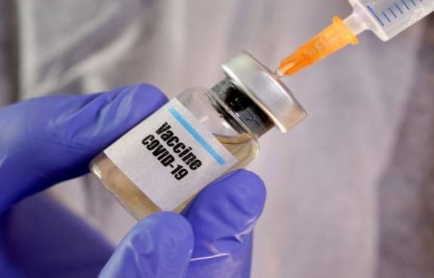 In the ‘race’ to discover a vaccine against COVID-19, Russia has claimed victory. The news coming from Russia of the country having developed a vaccine for COVID-19 is a tiny spring of hope amidst the gloom that the pandemic has brought. Sputnik-V could well turn into a household word overnight. COVID-19 has devastated the world, killing 7.40 lakh persons across the world and infecting over 20 million, so any vaccine that hits the market will be clutched at by the global community. Russia claims that several Latin American, Middle Eastern and Asian countries have already expressed an interest in purchasing the vaccine which is due to come into the market from January 1, 2021.

But, as scientists have cautioned, without trial data how far can this vaccine be trusted. Scientists assert that it is more important to have a safe and effective vaccine against the coronavirus than to be the first to produce a vaccine. Politically for Russia, being the first to register a vaccine against COVID-19 may be a big victory, but for science and medicine, there are still many questions that need to be answered before they will accept the efficacy of the vaccine. In fact, naming it Sputnik V, after the Sputnik satellite that launched the space race, this vaccine initiates the inoculation race against the novel coronavirus.

What Russian President Vladimir Putin said was that this vaccine works ‘quite effectively’ and forms a ‘stable immunity’ against the disease. In the scientific world is ‘quite effective’ enough or does it have to be ‘very effective’? Just last week the World Health Organization (WHO) had urged Russia to follow international guidelines in producing such a vaccine. According to reports, this Russian vaccine is not among WHO’s list of six vaccines that have reached phase three clinical trials, which involves more widespread testing in humans, in the sense it is administered to thousands of people. Accroding to Russia, the third stage of clinical trials of the vaccine will also be held abroad with the UAE, Saudi Arabia and other states participating.

What is going to be important to prove the efficacy of this vaccine are these clinical trials. Unless there is data on this, and also on published research that went into discovering he vaccine, much of the world is going to be sceptical of its effectiveness. Yet, another part of the world is going to want this vaccine quite desperately if only to keep their population safe. Much therefore will depend on the clinical trials and there are over four months still before the vaccine comes into circulation. Can Russia deliver what it promises – a vaccine that is not just ‘quite effective’ but also safe to be administered to the people?

What makes it difficult in finding a safe vaccine is that the virus is pretty new and the first case of the novel coronavirus came up just nine months ago. Since then it has spread across the world, sending various countries, India included, into developing vaccines against the virus. A research centre in Goa is one of the institutes that has been selected for testing the vaccine that is under preparation. The first round has already been conducted and there ie expected an announcement of a vaccine by August 15, which is this week. The scientific and medical community has already cautioned of the hurry in finding a vaccine, calling for more circumspect action.