CZMP completion, a race against time 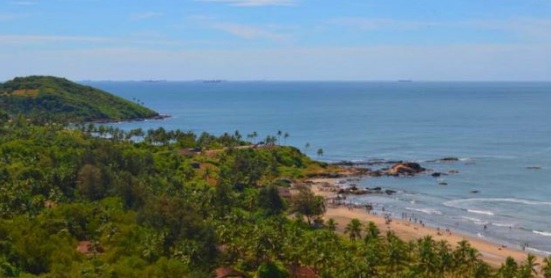 Will Goa be in position to meet the deadline to complete the Coastal Zone Management Plan (CZMP)? The State has a little over three months to complete a long process before the plan can be notified and time is indeed running out. The process is almost at a standstill at the moment with the State awaiting the draft CZMP from the National Centre for Sustainable Coastal Management (NCSCM). On September 4 the State had written to NCSCM with all the data on the khazan lands for the agency to map, as the shape files that the NCSCM had earlier sent to the State did not contain the survey numbers and the mapping was not possible. NCSCM was therefore tasked with this, and till date the government awaits the draft plan.

On receiving the plan, the process ahead is long and involves a public hearing that given past experience in preparing the plan may turn out to be quite contentious. Here’s what is to be done after the draft CZMP is received by the State. The draft plan will be submitted to the State government for approval that will then be placed before the Goa Coastal Zone Management Authority (GCZMA) for a nod, following which there will be the public hearing. There has to be a 30-day notice period for the public hearing, and during this period the CZMP maps will have to be placed with the local bodies – the panchayats and municipalities – for perusal of the public. GCZMA will have to consider the suggestions and objections that are made at the public hearing – Goa has been permitted to have a virtual hearing in light of the COVID-19 pandemic – and then make the final recommendation to the National Coastal Zone Management Authority (NCZMA) for approval. The plan will then have to be again reviewed and recommended to the Union Ministry of Environment, Forest & Climate Change, for notification.

The time frame for this entire process that remains to be completed appears to be very tight. The State had sought up to March 10, 2021 to complete it but the request was not considered, and it has to do so by January 31, 2021. Goa has already delayed quite a bit in preparing the plan. In contrast neighbouring Maharashtra has completed the public hearing, which had got delayed due to the pandemic. The process in Goa cannot be pushed through haphazardly, as once this plan is notified, it will serve as the base for all decisions taking in various aspects, especially for development projects in the CRZ areas. This is the main reason why the earlier consultations on the draft plan had evoked much debate.

Time is running out for the State. The government has to give itself adequate time to incorporate the suggestions of the people into the plan after the public hearing. Last year, villages across the coastal area had rejected the draft plan for errors and ommissions. Villages then gave their plans to the government for incorporation in the State plan. The completed maps which will demarcate the CRZ areas from I to IV, the high tide and hazard line, fishing zones, intertidal areas, mangrove forests with buffer zone, turtle nesting sites, etc, with clear colour codes, will be freshly scrutinised. Any further errors will not be taken to kindly by the people.

Goa is not yet running the last lap in the race to complete the CZMP, yet it has to accelerate right away if it wants to make it to the finish line. But in this race, there is nothing it can do until the baton is passed to it by NCSCM that is still preparing the draft plan. It just has to wait.