Challenge is to create environment for employment generation 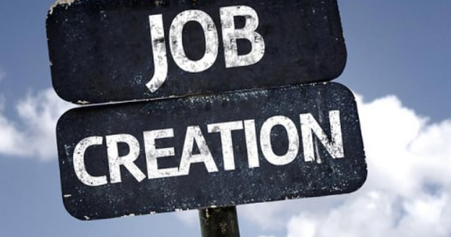 The opposition onslaught on the government over the high unemployment rate in the State, which as per the figures of the Centre for Monitoring Indian Economy, put Goa at second place after Haryana has raised the issue of the inability of the administration to create suitable employment avenues in the State for its people. The data from the Centre for Monitoring Indian Economy indicates that unemployment rate in Haryana was 28.1 per cent and that in Goa is was 22.1 per cent and also showed that, the unemployment rate in the country had declined from 6.90 per cent in February 2021 to 6.52 per cent in March this year, so Goa’s high rate is an aberration.

That Goa has such a high rate of unemployment appears to have taken the opposition by surprise, or it has become a tool to attack the government, but if one looks back at the past few months, then the trend was definitley showing. It is quite clear that the government has failed in creating emploment opportunities. Herald had reported extensively on this, presenting data from the Centre for Monotoring Indian Economy to show that while in January 2020 the unemployment rate in Goa was 8.89 per cent that fell to 2.81 per cent the following month it then took an upward curve to touch June 17.07 per cent in July 2021 and drop marginally in August and September to 15.4 per cent. For that matter, in October last year the Chief Minister had admitted that Goa’s unemployment rate was high and that there were about a lakh of youth registered with the employment exchange. Of these, he said that three quarters are unemployed and the rest are looking for better prospects.

What did the government do since October last year to improve the unemployment situation? For starters, the government is on a recruitment spree having announced that 10,000 vacancies in government departments and corporations will be filled by this year end. Advertisements for some of the job openings have already been released and applications are pouring in. However, government jobs is not the answer to unemployment. Employment has to be generated by the private sector as that is the only way that the economy can grow. Currently Goa’s two major employment generators are not going through the best of times. The mining sector is at a standstill and tourism is attempting to recover from the setback of the pandemic. As a matter of immediate action, the government has to change this and also identify avenues of employment and allow these sectors to grow.

Unemployment in Goa is a major matter of economic concern and the State requires a well-plotted recovery plan to emerge from the current situation. Admittedly, the pandemic and the restrictions that accompanied it have played a role in the high unemployment rate. Yet, Goa’s economy is not as robust as one would have expected it to be. Even before the pandemic it was already showing signs of strain. Despite the Economic Survey tabled in the House last month showing a rather robust financial position, the ground reality appears different and the unemployment rate is an indicator of this.

There has been a contraction in the economy and unemployment is but a corollary of this. The trick now is in ensuring that the unemployment rate that is over 22.1 per cent does not rise any higher. But, there are constraints here too. The period of economic instability is likely to prolong as there has been a rise in COVID-19 cases again. While it fights the spread of the virus, the government has to simultaneously create an environment for employment generation. It is a challenge, but if it is not done, the economy will take a further hit.