Congress gets assertive, can it last? 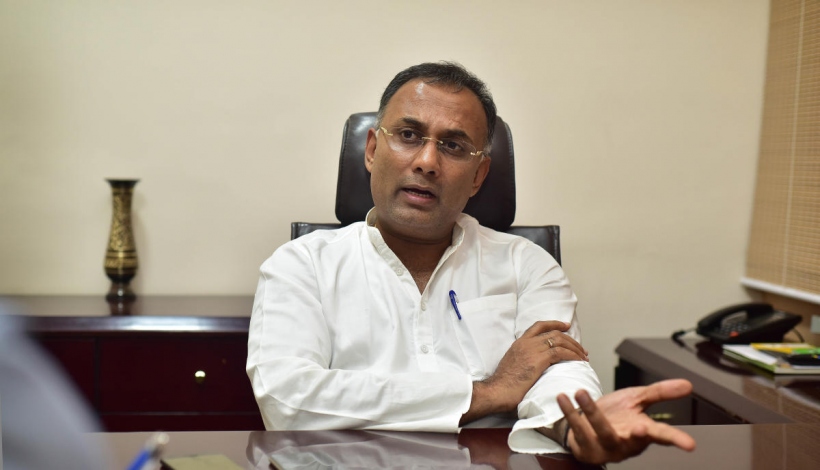 Most unlike for the Congress in the State, the party made some very assertive statements during the visit of its Goa Desk in charge Dinesh Gundu Rao, who made the announcements at a press conference after two days of confabulations with party workers. Addressing the media Rao said that Congress will not have a pre-poll alliance with the Maharashtrawadi Gomantak Party or the Goa Forward Party, and that the Pradesh Congress Committee resolution not to welcome back those who have defected will be adhered to. This would sound like music to the ears of the loyal Congress workers who have stood by the party these past years, but for the many who did defect and were banking on the past revolving-door policy of the party to make a comeback this could sound like a screeching end to their political careers.

Rao was clear that the party will not align with those who had ‘compromised themselves for their personal gain’ and sent out a call to the party workers to get out on the field and begin the preparations for the 2022 election that is a still a good 15 to 16 months away. He is eyeing a majority for the party and forming the government on its own. “When we are strong enough for our own, where is the question of aligning?” he asked. But, it is perhaps here that the party needs to do a lot of work. It may have the strength to find 40 candidates of its own without an alliance, but it does need the support of a larger section of society if it hopes to return to the treasury benches of the State Legislative Assembly after a gap of a decade. It lost power in 2012 and has stayed in the opposition since then.

Congress can restructure and rejuvenate the party in Goa – it needs to any way – but more importantly it has to convince the electorate that its Mlawsky will not desert the party like they have done in the past. The only way it can get this message across is if it fields persons with credibility who will stand with the party even at its lowest ebb. The mercenary quality of politics that Goa has been subject to since the 1980s has to end, and it can come about only if the main political parties, and not just Congress, take a conscious decision that they will weigh factors of loyalty and honesty over ‘winnability’. It is the last assumption of the MLA that he or she can win on any party ticket that has them cross the floor depending on which way the wind is blowing.

So Congress now has a desk in charge who is confident and forceful, and whose statements appear to be backing the party unit. This is not the Congress high command representative that Goa had got accustomed to seeing in the past. But can Rao change the party in Goa, or will this be just a flash in the pan, of the new appointee blustering an impression on his first visit to the State? The answer to that question will be learnt over the coming months, and Congress had better hope that the desk in charge means business and serious business at that.

Goa is not the only State that Rao has been given responsibility of by the party. He will not be able to concentrate completely on Goa, so it rests upon the party workers to show by their action that the Congress is prepared to take forward the fight. There is much work ahead for the party. The pradesh and district members are to constitute booth committees under a new president by November 30, which will be followed by training programmes in December, that will orient these committees on political management, people’s issues and elections. This is perhaps the first time that Congress is doing something like this in Goa. It is a new beginning for the party, and it has to remember it is just a beginning, with a long way ahead before the 2022 elections.