Finally, and the word can be rightfully used in this context, Goa is going to get a convenetion centre with a letter of award being handed over to the winning bidder of the project. 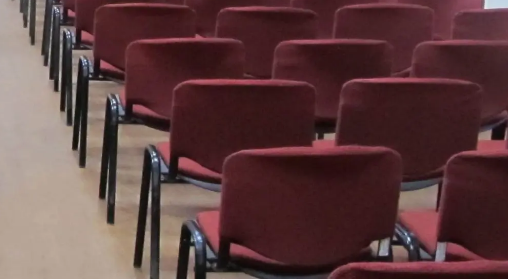 The 5000-seater world-class convention centre is slated to come up at Dona Paula, but the process has just started and there is a long way to go before the centre becomes a reality. The consortium that has won the bid for the contruction will have to set up a special purpose vehicle under the Companies Act for the project following which an agreement will be signed with the concessionaire.

The project comprises a 5000-seater international standard convention centre, a starred convention hotel with a minimum 300 rooms and four-screen multiplex with a seating capacity of 800 seats. The estimated cost of the project is Rs 540 crore and it will be developed on the Design Build Finance Operate and Transfer (DBFOT) basis with a concession period of 60 years. At the end of the concession period the entire facility will be transferred to the State government. The bidder has been given 30 months to complete the convention centre and multiplex and 42 months for the convention hotel.  The government’s responsibility here is to allot the land for the project.

The need for a covention centre of international standards has been felt in Goa for almost two decades. A government project on this was first mooted when Goa hosted the International Film Festival of India in 2004 and after it was declared a permanent venue ten years later. Successive chief ministers at the inaugural ceremony have promised such a convention centre for the festival, with at one time a chief minister promising that the next year’s festival would be held at the brand new convention centre. Nothing came out of this boast, and then in 2019, the 50th edition of the festival was expected to be held at a new permanent venue, which also didn’t happen.

The convention project has failed to see the light of the day for long years, but now there is a deadline of 30 months from the date the financial bids are opened. Such a facility is not meant merely for the film festival but could play an important role in developing Goa as a MICE (meetings, incentives, conferences, exhibitions) tourism destination, giving the tourism industry a huge fillip. MICE tourism is an important segment of the vision of the tourism industry for the future. Goa may depend on charters, but is also a major destination for conferences, especially in the offseason months when the tariff is lower.

Two years ago, the State hosted the Vibrant Goa expo and this had exposed the absence of a convention centre of international standards, as an indoor stadium was converted into a makeshift exhibition hall and meeting hall and programmes conducted in temporary tents – comfortable ones – erected on either side of the stadium. What was pitiable here was the fact that the access to the tents was amidst mud over which was placed a carpet that hid loose stones. A couple of years earlier, Goa had hosted the BRICS summit.

As Goa sees a shift in its tourism policies in the wake of the pandemic, and with infrastructure in the State getting an upgrade, a convention centre of international standards can be a major boost to the State as a destination for conferences and expositions. However, merely a convention centre will not convert Goa into a MICE destination; it will require proper planning and promotion. The State government authorities and the stakeholders will have to jointly make it happen. It may be late in coming, but that it is happening is welcome.