Democratic process should not be made to wait

The postponement of the elections to the 11 municipal councils, whose term ended in November last, and also of the vacant village panchayat and single zilla panchayat seats by a further period of three months throws up the question of why this was necessary. 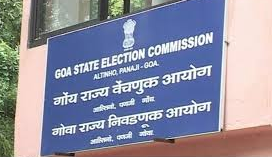 Just recently the government had announced that the elections would be held by March, perhaps even February, and it had been suggested that the elections to the Corporation of the City of Panaji be held simultaneously to avoid prolonged periods of an election code of conduct that would hamper government policy and adminstration. Did the ground situation in the State so quicky change to such an extent that the elections had to be postponed yet again?

As per the circular of the State Election Commission there will be congregation of crowds during the campaign period as it involves public meetings, where enforcing the health protocols and regulating the number of participants will be a serious issue. The Commission also said that officers responsible for conduct of the elections are currently engaged in the management of the COVID vaccination programme and it would not be appropriate to burden them with additional election responsibility. As per the Commission, the elections to the zilla panchayats were possible as the campaign had ended, and it was only the polling that had been postponed. Submitting all these reasons, the Commission opined that the current situation presented ‘exceptional circumstances’ where there would be ‘genuine difficulties’ in holding ‘free and fair’ elections to the municipal councils and CCP.

In contrast, the democratic process in other States has not been truncated. Bihar, where elections were held in November last, was the first State to vote under the new guidelines of the Election Commission of India. Besides, elections have also be held at the grassroots level in other State, including the municipal polls in Hyderabad. For that matter, neighbouring Maharashtra which is one of the worst-affected State by COVID-19, held elections to 12,711 gram panchayats spread across 34 districts last week. So what’s keeping Goa from having its elections?

In July last year, when COVID-19 was a bigger threat and there was fear in the people, the State Election Commission had proposed a date in October 2020 for the elections and this had been accepted by the government. This announcement had come with the rider that the elections would be held depending on the prevailing COVID-19 situation in the State. They were soon postponed, and at that time with reason. But it is pertinent that at that time the Commission had explained that it was going by the Constitutional provisions that make it mandatory that the process of holding elections has to start before the end of the term, and the elections must be held at least 15 days prior to the expiry of the current term. It had even proposed that the postponed zilla panchayat polls could be held simultaneously with the municipal elections.

Whether it be the municipal councils or the village panchayats or the zilla panchayats, all local governing bodies have not been allowed to perform at their optimum by successive governments. Municipal council polls have, in the past, been postponed too so various reasons. In the case of the zilla panchayats it is the lack of funds and the non devolvement of powers to the district bodies, while the village panchayats are usually under the thumb of the local MLA. The pandemic is not going to end soon. The vaccination programme too will continue for months, if not years. How long will the State Election Commission wait to see an improvement in the situation? The democratic process cannot be made to wait indefinitely.