Economic decisions need to be quick and transparent

Being the smallest State in the country, Goa has a wonderful opportunity to become the best governed and economically most vibrant in the country. 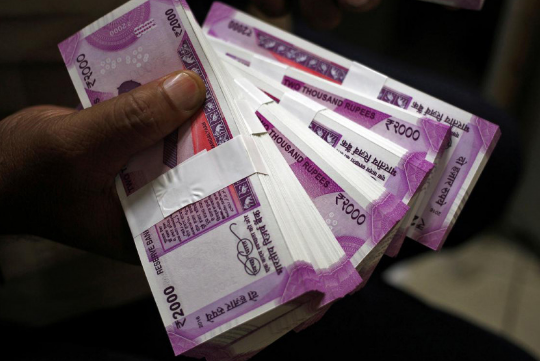 It is true the revenue generation of the State was at its peak in 2012 just before mining operations were shut down. The concerns should have been there then and priorities should have been strategised on an urgent basis. This would have ensured the flow of revenue though other sectors like tourism, manufacturing, setting up of Medium and Small Manufacturing Enterprises (MSME) by giving full support and boost to them.

The industry bodies in Goa have been talking out aloud on two major issues which are Ease of Doing Business (EoDB) and corruption. Both issues are now being seriously looked into by the State government to improve its image not only outside the State but also within Goa.

Industry feels that the Goa government is proclaiming to be working on improving on Business Reforms Action Plan (BRAP) 2020, “but unfortunately we are really not seeing that willingness at the lower levels. This thought should be focused with implementation plan and not be just a scattered thought,” industry representatives have been saying this for quite some time now.

Recently 26 Goan business leaders converged in the State to etch out Goa's current state on the ‘Ease of Doing Business’. Representing diverse sectors like pharma, IT, finance, telecom and mining, these leaders shared their thoughts with Chief Minister Pramod Sawant and representatives from the State's regulatory bodies which was organised by the Goan chapter of the Indo-American Chamber of Commerce (IACC).

With this project they aim to compile suggestions which can lead to a positive impact on the state of ease of doing business. All suggestions and compilation is good but it can only show the path. The execution has to be done by the government and with an iron hand to bring the industry back on the rails. This holds greater importance and significance as the pandemic has hit virtually all sectors very badly.

Apart from FDI, Goa has immense opportunity in enabling migration of businesses from other States. It does this by providing them with strategic advantages that they may not find elsewhere. Chief Minister Dr Pramod Sawant, who had joined the discussions virtually, had listed the reforms his government had introduced to help new and existing businesses. “We welcome diverse companies to come and set up their businesses here by providing them with a single-window clearance system, tax holidays and GST rebates,” he said. All such promises are welcoming but it needs to see the light of the day and quickly. The speed of decision making is critical for the survival of any industry as time is money.

Credit rating agency India Ratings and Research (Ind-Ra) said in a recently released report that Goa is likely to face the steepest contraction, followed by Gujarat. States like Assam and Sikkim are also expected to witness a double-digit contraction in gross state domestic product (GSDP) growth, the Fitch Group company said. For the financial year ended March 31, 2020, Goa’s GSDP stood at Rs 84,889 crore and was expected to grow 8.7 per cent to Rs 92,260 crore in this fiscal. Goa’s economy relies heavily on tourism, mining and manufacturing which has seen a downward impact during COVID with others before the pandemic.

The contraction in the economy has already affected the State’s revenues with the first quarter GST collections being reduced by 74 per cent. The State needs to urgently re-strategise its economic activity as investments into the State are declining rapidly. Only six new MSME units have been set up in Goa over the last decade, a survey conducted by the Goa chapter of the Confederation of Indian Industries (CII) has revealed.

CII recently released a white paper on the economic scenario in the State expressing concern about the dip in Goods and Services Tax collection and the slipping of State in the EoDB rankings to 24. “Goa is in urgent need for economic re-imagination. Traditional industries like tourism and mining are at a standstill and new industrial investment is slowing. As per our research records, there were only six new MSME units with an investment of over Rs 5 crore employing more than 25 people, in the last decade registered in Goa,” the white paper said.

The signal is clear and the time to act upon is very limited as the State is facing a tough time disbursing salaries to the government employees due to lack of revenue generation. Hiring of consultants can only help in generating ideas but the action has to be taken by the State government quickly keeping ecological and economic balance at par.