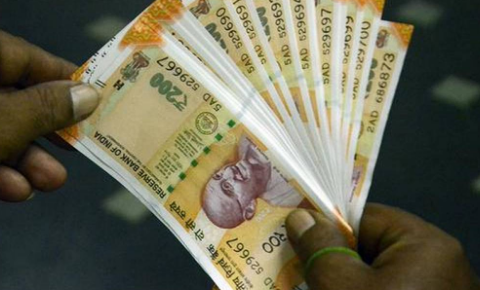 There are always two or more sides to every issue and all have to be considered before taking a stand on any matter. The current topic under discussion in the past few days is the Goa (Regulation of House Building Advance) Ordinance, 2020, that cancels the scheme that essentially allowed government servants to avail of housing loans at a subsidised rate. Beneficiaries of the scheme were being charged an interest of 5 per cent and the balance was met from interest that was accrued on an amount that the government had guaranteed to the bank as a form of deposit. Now, with the abolishment of the scheme, the beneficiaries will have to pay the prevailing interest rate and are at a liberty to shift their loan account to any other bank.

A view that has been proffered by the opposition parties in the State is that the government has created financial instability among government servants and that the administration should have thought of the problems that the beneficiaries of the scheme would face because of its sudden withdrawal. Doubtless there is reason in this argument, as those who had availed of the scheme will now have to pay a much higher installment amount, for which they were neither prepared nor had budgeted. For them, very suddenly meeting the higher monthly outgoings will cause some amount of consternation, which is absolutely true.

However, the ordinance signed by the Governor that abolishes the scheme has to be also looked at in the perspective of this being a means of the government going for austerity measures. Let’s be realistic, if the government servants were getting a subsidised interest rate on their housing loans then the subsidy amount had to met by some other means. In this case it was met by the guarantee that the government had given to the bank, and the interest thereof that was being used to meet the subsidised rate. That guarantee came from the taxes collected by the government from the people. That amount will now return to the cash-strapped government that has, in recent months, been selling bonds on quite a regular basis as other sources of income have dried up.

This is not an issue for the opposition to play politics with as the financial crunch is real and every rupee saved is a rupee earned by the exchequer. By finding fault with the ordinance the opposition is only playing to the galleries attempting to woo the large government servant vote bank that numbers over 60,000 in the State. No doubt the beneficiaries of the scheme are going to be affected badly by this withdrawal, however, consider also the situation in the private sector that is even worse where people have lost jobs and been forced to close down their businesses, and so are without any earnings. These people in the private sector are facing much harsher financial problems and also require that those taking up the cudgels for the government servant consider their plight and seek some salve for them too.

One aspect that the government should, however, have considered before withdrawing the scheme was to give the beneficiaries of the scheme time to make arrangements to meet the increased installments. This has not been done and it is the suddenness of the withdrawal that will most affect the government servants who had opted for the scheme, as they attempt to balance their finances. The government should have planned this move more efficiently, so that it minimised the fallout on those who had availed of the scheme and also the backlash on the government. Right now, it is facing both, and this could have easily have been avoided.