Finding the balance between lives and livelihoods 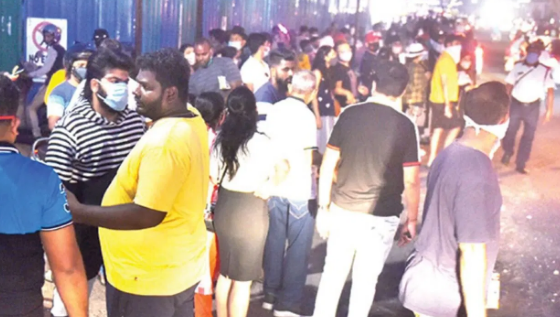 Goa has returned to that period that it had found itself in last year when after unlocking the borders for tourism, the cases of COVID-19 had spiked, sending shivers down the spines of many. The moot question is what to do? Should it impose stricter restrictions – a lockdown for instance – or should it just carry on with business as usual but by implementing the existing standard operating procedures more forcefully?

The solution, according to the governemnt, is stepping up the vaccination programme and maintaining the pandemic precautions. Chief Minister Dr Pramod Sawant is clear in his reasoning that a lockdown is not the solution as the same last year had not just led to ‘an economic slowdown but also an economic zero down’. He is not the only one in the government who believes this, his cabinet colleagues Michael Lobo and Manohar Ajgaonkar feel the same, though Health Minister Vishwajit Rane has been advocating tougher measures to control the spread. So what does the government do? With COVID-19 cases in the State spiking again, the government has decided to reactivate the COVID care centres at the Shyama Prasad Mukherjee Stadium and the Fatorda Stadium as hospital beds have got filled up again. It has restricted the number of people at gatherings and instructed the police and the authorities to penalise the people not following the norms.

So, a year later, here Goa is again, with its government attempting a tightrope walk by on one side safeguarding the people’s health affected by the COVID-19 pandemic and on the other the economy that is being resolutely battered by the same pandemic. Whether it will succeed in both or in any one depends on how the situation plays out in the coming weeks.

Look at it this way, as if it were a scale with health on one side and the economy on the other. For Goa the pandemic numbers are bad. Don’t look at overall figures, where Goa’s 60,229 cases may appear to be far less than what the country is currently reporting on a daily basis. Look at the size of the population to make a better comparative study. The State at 40,152 cases per million persons has the highest per million cases in the country and the spike in new cases is not doing anything to improve these statistics. On the other side of the scale is the economy. Last fiscal was not the best for the State as its main revenue earners were closed for prolonged periods. Mining of course is still nowhere near to restarting, but tourism has limped back to an almost near normalcy as can be expected in the current circumstances. And therein lies the issue. Is it too risky to allow unconditional entry of tourists to the State?

Any decision has to be implemented with surgical precision. While the health of the people is important, the economy too is. The economy cannot afford another lockdown. Goa is still alive to the issues that cropped up during the last period during which people were forced to stay indoors, not just of the economy but also of other related issues with regard to essential supplies.

On the other hand the likelihood of a quick drop in COVID-19 cases is remote. Not just Goa, but cases in other State including neighbouring Maharashtra are galloping ahead. So what does Goa do? It is getting quite obvious that once the virus transmission began to slow down the government did not put in place measures to deal with a sudden rise. Going by the Europe experience, it was expected that India too would find itself in a situation when a second wave would descend. Goa was not prepared for this. The State cannot blame the people for not following the SOPs, when the government itself has been lax on the matter.