Help the traditional baker to save the Goan pao 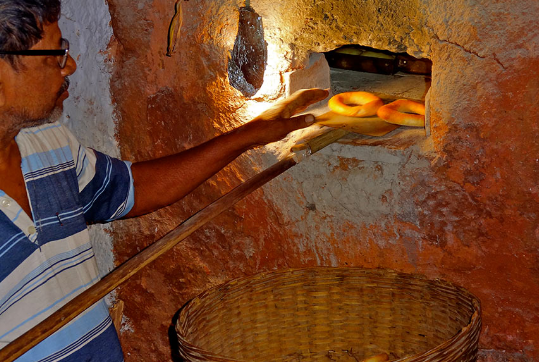 As the government moves to reach out to practitioners of traditional occupations with financial help, the bakers owing allegiance to both the associations have complained of indifference from the authorities to their problems. All Goa Bakers and Confectioners Association has said they get the feeling of being children of a stepmother as there is no policy to protect and support them and their demands have been ignored for the past 20 months. What the bakers want is a law to protect the traditional practitioners from the outsiders who have ventured into the business, and a scheme to boost them.

In their demands they are not off the mark. There is a recommendation that pao, being a ‘heritage’ item should be patronised by the government by offering bakers a 50 per cent subsidy. It is perhaps time that the government does this. The business is facing high costs of raw materials, shortage of skilled labourers, high salaries, commissions, costly fire wood. The demands that the bakers have are many, they may not all be met, but there has to be a start made, for while the bakers are getting hit by the rising costs of raw materials, the increase in the price of bread will hit the common man, especially those from the lower income group for whom a rupee is a big amount.

Two years ago, Herald had predicted that in the years ahead a single loaf of pao would cost Rs 5. Prices of all the ingredients that go into the making of bread have increased, so it was but a natural corollary that so too would the price of bread. The local baker is paying more for flour, firewood, labour and has to recover these costs before making a profit to stay afloat. And he has been paying this increased amount for quite a while. Two years ago there had been a similar hike announced, but of the two associations of bakers one had detached itself from the decision and the decision was later withdrawn on the assurance of the Leader of the Opposition arranging a meeting between the bakers and the Chief Minister.

It is a fact that the bakers of Goa have been ignored by successive governments and their demands have remained pending. With elections just months away, is perhaps the best time to raise the issues and get some assurances. See how fast the government caved in to the taxi operators on the digital meters issue? But, on the other hand perhaps the bakers do not constitute a really big vote bank so their issues can be kept unattended. Remember when the bakers had sought to increase the price of a loaf of bread from Rs 3 to Rs 4, the then government had promised to pay them the additional rupee and convinced them to maintain the price. That promise, however, was not kept and the bakers had no choice but to raise the price.

Goa’s pao is famed across the country, but the quality of the bread sold varies from baker to baker. There is no standardisation in the business. As technology improves, the bakers have to bring in quality control of their products so that the bread that is sold in Pernem and that sold in Canacona and in all the places between these two, tastes the same. In a competitive world, standardisation and quality are very important. People will not mind paying the extra rupee if the quality of the bread improves and remains stable. Competition among bakers is good, but the two bakers’ associations should also find common ground and settle all their differences, if they expect the government to meet their demands. Strength comes from unity, the bakers must remember this.