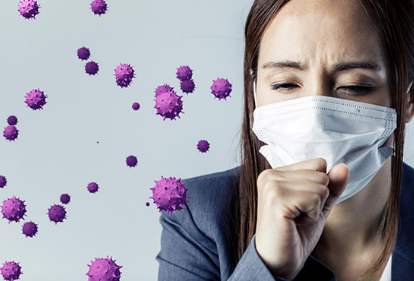 In keeping with the trend in the rest of the country, Goa too is seeing the COVID-19 graph rising, consistently setting new highs. The highest one-day spike of 506 cases of COVID-19 in Goa has jolted the administration into action and sent out warning signals across the State, that this virus is spreading and is doing so quickly. It is clear that all precautions have to be continued with, perhaps even increased as we now know that Goa’s battle with COVID-19 is not likely to come to any end anytime soon. In April and early May, Goa believed that it had defeated the virus and there was the feeling that there was no reason to fear it, but the situation has changed, as the increase in cases shows that this virus is virulently prevalent across the State.

It is clear that the government was not expecting such a rise in cases in the State, as the facilities that should have been put in place in April and May were not. The spike in cases has now hastened the process of opening a new COVID hospital in Goa, for which purpose the Ponda sub-district hospital has been selected and the Directorate of Health Services and Goa Medical College has already taken charge of the hospital. This immediatley led to opposition from the residents and it was to be expected, but with the rise in cases, a second dedicated hospital is of absolute necessity in the State. The government could have avoided the opposition,had it first taken the local people into confidence, before making a public announcment of the decision of the hospital. A simple action such as this could well have made the difference and avoided the opposition, that of course was withdrawn later.

That, however, cannot be avoided now, but can we take further precautions to flatten the curve? As per Health Minister Vishwajit Rane, the next 60 days will be crucial for Goa and the people will have to restrict their movement as far as possible. What this means is that for the next two months – somewhere till mid-October – Goa has to be on the high alert for the spread of the contagion. It won’t, however, be easy in the State.

Goa is soon coming upon the festive season, with the biggest festival of Ganesh Chaturthi coming in less than a fortnight. The standard operating procedures for the sarvajanik mandals have already been given issued. The guidelines issued by State Disaster Management Authority include restrictions on the size of Ganesh idols and toning down celebrations. Many of the sarvajanik mandals had already decided to reduce the celebrations to one and a half day, even before the guidelines could be released. But Chaturthi is not restricted to the public celebrations. It is essentially a family festival, where the entire family comes together under one roof, and so it becomes imperative for the people – for their own health and safety – to ensure that social distancing and wearing of masks is practiced here too.

The Health Minister said that nobody was expecting a spike of 506 cases in a single day. The number now does appear very high and few could have predicted a single-day rise of over 500 cases for the State. The good news is that that new cases dropped appreciably the next day, but then can we be sure that there won’t be another such massive rise in cases in the days and weeks ahead? Goa has to be prepared. The government failed in its preparedness to fight COVID-19 as it felt there was nothing to fear, and so has to accelerate its efforts now.